Fr Hans Zollner SJ, the President of the Centre for Child Protection at the Gregorian University in Rome and a member of the Pontifical Commission for the Protection of Minors, was in Australia recently to speak to Catholic ministry leaders and survivors.

Michael McVeigh from Jesuit Communications sat down with him during the visit to explore how the Church is responding to the abuse crisis internationally, and what can be learned from our experiences in Australia. [This is part two of a two-part interview. Part one can be read here.]

M: Survivors talk about wanting to have their stories heard and acknowledged. We’ve had the Royal Commission here in Australia, which provided an independent process where victims could come forward. Is there a need for something like that in terms of a truth, justice and reconciliation process for the Church internationally?

H: Yes, I think there is a need for that internationally. But I think first every local church needs to do its own homework. I don’t see it happening very soon that some such council or commission would be established to look into this area for the whole Church. The Church has a membership of 1.3 billion people, and is present in 190 countries, with all kinds of differences in expectations concerning psychological, spiritual and financial support. 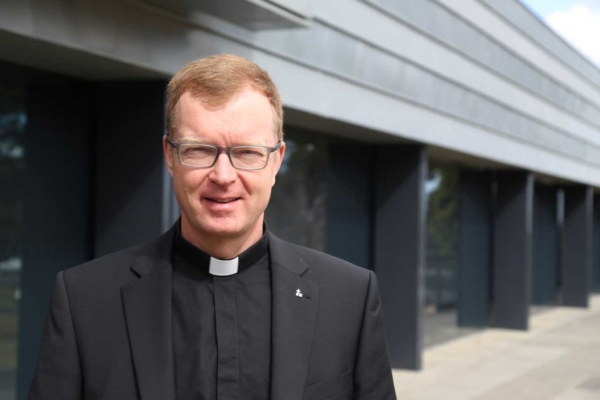 Fr Hans Zollner, the President of the Centre for Child Protection at the Gregorian University in Rome and a member of the Pontifical Commission for the Protection of Minors, was in Australia recently.

There is one thing that I have come across consistently in communicating with, working with and listening to victims, and that is that they want to be listened to. So if there was the feeling that victims were constantly being listened to — in Rome and elsewhere — I think that would give a great relief to many victims.

I think [Pope Francis’] concern, especially with regard to your question, is that the local churches do whatever they can so that victims will be listened to in that particular country. I have a list of people who want to speak to the Holy Father directly, and physically it is impossible. I was there in 2014 to translate for two German survivors who were chosen with two Irish and two English survivors when he received the six of them at home. He took the whole morning listening to them one after the other. For each one, he was there for 40 to 45 minutes. Were he to do this for every survivor he couldn’t sleep anymore.

His example is modelling for the whole Catholic Church the way victims and survivors are received, welcomed and listened to. I think if the bishops and the provincials in this world, in all countries, followed his example, many survivors would be really appreciative of that.

Archbishop Diarmud Martin was recently quoted just before the World Meeting of Families, about the Pontifical Commission, saying that it’s too small as it’s currently set up to achieve what it needs to achieve. What’s your take on that? Does the Church need to be putting more resources into how it’s overseeing those issues?

At the moment we are 16 members from basically all continents, and the major language groups. We represent a variety of disciplines and professions, and the purpose of the commission — as the statutes that have just been promulgated state — is to provide counsel to the Holy Father.

A common misunderstanding about the commission is first that we deal with cases of allegations. That is not the case. We have no juridical or administrative power in regards to cases, because when it comes to allegations of abuse the tribunals and procedure are set.

A second misunderstanding is that we promote, directly, things on the ground. Our first and foremost goal is that we advise the Holy Father on issues.

So from my point of view, yes, we need to invest more. But we need to invest more on the local level, and we need to make sure that the proposals from the Pontifical Commission are forwarded to the Holy Father — which normally the President does — and then there is a follow-up process that reflects what we have given as our advice.

In Australia, Catholic Professional Standards Limited is overseeing the Church’s response and providing guidelines and support for ensuring all the institutions in the Church are child-safe institutions. Is there a need for some kind of organisational support from Rome for those bishops and dioceses that are struggling to form these institutions and provide safeguarding in those dioceses?

I think ultimately the commission will develop in that line. They are now in the process of hiring experts in those areas.

I think the Church needs to understand that the local churches can learn from each other mutually. And my understanding has always been — and I think the Holy Father has reminded us — that the Church will not function as a centralised company. It does not work like that, effectively. Every bishop, every bishops conference, has, to some extent, its life on its own. What we need to learn more is to open channels of mutual communication.

There are a number of things that people blame for abuse in the Church. As a priest and a psychologist, and as someone who has met and worked with survivors, what are your thoughts on that issue?

That’s why I’m very happy that the Jesuit Province in Australia is establishing a Code of Conduct. Because we don’t talk only about sexual abuse of minors. We talk about sexual abuse of adults, and we talk about abuse in other ways — like abuse of conscience, where you dictate to someone what you think, or you pretend to know by God, and you can tell another person, ‘You need to do that’, against the conscience of that person.

Many people think celibacy produces abuse. As I always say, celibacy as such is not cause for abusing — otherwise how do we explain that 99.9 per cent of all abusers do not live a celibate life, and how do we explain that 95 or 96 per cent of all priests do not abuse minors? But, celibacy, or a vow of chastity, that is not really integrated, that is not really lived out properly — yes, that produces a problem. Sometimes people take to drinking, sometime they take to gambling, and sometimes they take to sexual misconduct, with adults and with minors.

The real question about this is how do we deal with the notion of religious spiritual power with which priests and bishops are invested? How can theology help us to understand, and maybe how can sociology, psychology, or business administration help us to define the limits of power, and the necessity of keeping your boundaries.