Fr Nowicki left a deep mark in the hearts of many people as a caring pastor who shared people’s joys and sorrows.

Fr Zygmunt Nowicki SJ, former missionary in Zambia and dedicated chaplain to the Polish community in the Archdiocese of Melbourne for 34 years, died peacefully in the early morning of 20 August 2018. 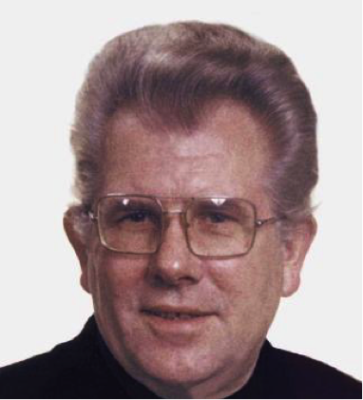 On Sunday, 26 August 2018 at 6pm, in a church full of Polish Catholics from all over Melbourne, Frs Wieslaw Slowik, Tadeusz Rostworowski and Ludwik Ryba celebrated a Thanksgiving Mass at Sacred Heart Church in Oakleigh, Vic., where Fr Nowicki served so faithfully for 22 years. It was a very moving Eucharist, power-point presentation and proper send off.

A second Mass was held on the evening of Tuesday 28 August, in St Andrew Bobola Chapel at Clifton Street in Richmond, Vic., and is to be followed by another on Saturday 1 September at 1pm at the Polish Marian Shrine, 8 Aberfeldie Street, Essendon, Vic., to enable many other members of the Polish Community in Melbourne to farewell Fr Nowicki and pray for him.

Fr Nowicki left a deep mark in the hearts of many people as a caring pastor who shared people’s joys and sorrows, often waited for them at the confessional box, who was always ready to visit the sick and elderly in their homes, hospitals and nursing homes, who taught catechism to Polish children in Melbourne for over 30 years and was a very faithful friend to many.

During his nine years of retirement in Poland he used to receive many international phone calls and frequent visits from many friends he had left behind in Melbourne. He was very grateful for such constant displays of care and remembrance, since he did not fully settle in Gdynia and missed Australia a lot.

While on holiday in Poland recently, Fr Slowik was fortunate enough to spend two beautiful days with Fr Nowicki, just two months before his death.

After Tertianship in Czechowice-Dziedzice in 1968 he was sent back to Swieta Lipka.

5th of May 1969 he left Poland to become a missionary in Zambia. After English course in London and some preparation and studies of the local languages in Lusaka he was sent to Mpansha Parish as an Assistant Priest, and after one year he was given Kizito Parish and became Parish Priest.

In 1974 he was affected by a very bad car accident, returned to Poland and after one year of recovering in Warsaw he joined Fr Jozef Janus SJ and the Polish Jesuit Community in Richmond, Melbourne (1975).

For 5 years he assisted Fr Jozef Janus. After the latter’s death in 1980 Zygmunt took care of the Polish Catholic Community in St Ignatius Parish, Richmond, and became a minister (vice-superior) of St Andrew Bobola Polish Centre in Clifton Street.

In 1986 and 1987 he was a member of St Ignatius Community in Richmond before the Polish Jesuit Community at St Andrew Bobola Polish Centre was formally restored.

In 1987 he was officially appointed as a chaplain to the Polish Catholic Community in the Sacred Heart Parish in Oakleigh, where he served for 22 years (1987–2009).

Retired and left for Gdynia in Poland — 9 September 2009

Came to Melbourne again to celebrate his 80th birthday, 60th year in religious life as a Jesuit and 50th year of priesthood with his people and Jesuit brethren in 2012.

After a very bad fall a couple of weeks ago, a broken pelvis and a short illness, Fr Nowicki passed away peacefully in Gdynia (Jesuit College, Combined Noviciate, Secondary School, Parish and Infirmary) in the early morning of 20 August 2018

His funeral took place at the local parish of St Stanislaus in Gdynia; he was buried in the Jesuit plot at the Gdynia cemetery last Thursday — 23 August 2018.