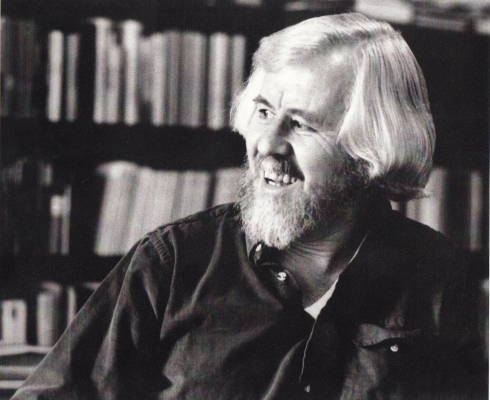 There is a stereotype of people from New Zealand’s South Island as homely, bluff, rugged and plain-speaking people who abhor hypocrisy and call a spade a shovel. Being a colourful, boisterous character, Antony Campbell did nothing to dispel this. Born and schooled in New Zealand, he crossed the Tasman after high school to join the Jesuits at the start of 1954.

After a schools regency, he studied Classical and Semitic languages in Melbourne before moving to Lyons for theology. He furthered his interest in Old Testament with a biennium in Rome and a Ph.D. in Claremont, California. He taught briefly in Berkeley before returning to Australia.

Back in Melbourne, Tony joined the community and faculty at Jesuit Theological College, which was still in its early years, and quickly became a force to be reckoned with, modernising the awards taught and preparing new curricula. The idea of an ecumenical theologate was still relatively new and much of his work, first as dean of studies and then as academic principal, involved both ensuring high standards in the new institution (part of the ecumenical Melbourne College of Divinity) and reassuring ecclesiastical authorities at home and abroad of its standards and orthodoxy.

A night owl, Tony wrote voluminously – fourteen books on his own and three in collaboration with his close friend, the Dominican Old Testament scholar, Mark O’Brien. He rapidly established himself as a world specialist in the “historical books”, especially Samuel and Kings, which (it always delighted him to point out) were anything but. His commentaries on 1 and II Samuel form Volumes VII and VIII of The Forms of the Old Testament Literature series. He also wrote a great deal on the Pentateuch, on Job and on literary aspects of Old Testament scholarship. Tony brought all the rigour of the new disciplines of text criticism and literary analysis to his work and, in his usual plain-speaking way, dispatched generations of accumulated sacred cows in Old Testament scholarship. Probably most controversially this included the sources theory of the composition of the Pentateuch.

Beyond his immense scholarship, Tony sought to integrate the spiritual and pastoral with the academic and was a gifted spiritual director. His book God First Loved Us is a meditation on the nature of God revealed in both life and Scripture. A man acquainted with sorrow and loss (a brother died in childhood), he had no time for philosophical or Scriptural theories divorced from the messy reality of humanity.

When Tony was granted Emeritus status in late 2009, a testimonial document said in part: “His teaching has combined evocation and provocation in the best sense of those terms. He has mentored research students with scholarly exactitude and personal care. He has published books of the highest scholarly quality, of engaging readability, and of passionate conviction”. His contribution to the intellectual apostolate of the Province was extraordinary.

Growing ill health forced Tony to leave the theologate in 2008. Initially, he moved to Campion House, which cares for senior Jesuits in Melbourne. A debilitating and lengthy illness, which robbed him first of movement and finally of speech, led him to move to Nazareth House nursing home in Camberwell, where he died at the age of 85 on 2 August 2020. 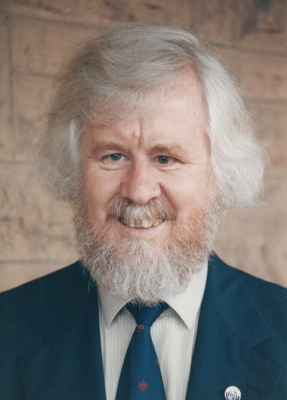 1977: Our Lady of the Assumption Church, Claremont CA, USA

1992: Our Lady of the Assumption Church, Claremont CA, USA

Fr Tony Campbell SJ’s Funeral Mass will be held on Thursday 6 August 2020, at 11am. You can join the funeral via live-stream at http://tobin.5stream.com/webcast/56361