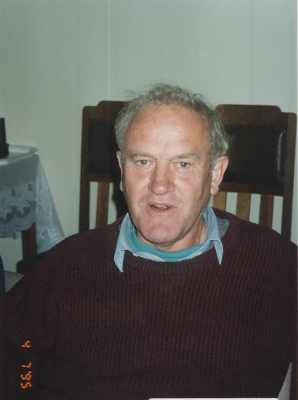 An alumnus of two Jesuit schools, St Louis in Perth and Xavier College in Melbourne, Terry Kelly, like many of his contemporaries, entered the Society of Jesus straight from school, joining the novitiate at Loyola College, Watsonia in 1954. He remained there for his philosophy studies. The years that followed did much to shape his future ministry. From 1959 to 1964, interspersed with his teaching regency (at St Louis School, Perth and St Patrick’s College, East Melbourne), he studied science at Melbourne University, before undertaking theology at Canisius College, Pymble in Sydney. He was ordained a priest in St Patrick’s Cathedral, East Melbourne, by Archbishop James Knox, on 9 December 1967.

Terry’s love of science, teaching, sport and priestly ministry grounded the way he lived his Jesuit life. On the one hand, he was the quintessential ‘schools man’: first, a teacher, housemaster and subject co-ordinator at Xavier College in Melbourne and then, for most of his priestly life, teacher, chaplain, cricket coach and form master at Saint Ignatius’ College Senior School, Athelstone in Adelaide. On the other hand, he brought to these roles the rare gifts of scientific knowledge and the ability to explain it and to relate it to the religious world in ways that were both entertaining and practical.

Aside from his teaching, Terry produced a number of books popularising the interface between science and religion, including Reason and Religion in an Age of Science (used as a school textbook); Stars, Life and Intelligence: Being a Darwinian and a Believer; and The A-Z of People of Faith and Science.

Terry was the longest-serving Jesuit member of staff in the history of Saint Ignatius’ College, Adelaide, where he was based for close to 41 years. He had a great rapport with students, a good number of whom remember him as a brilliant man and in some cases the best teacher they ever had.

‘With a deep and fertile mind, he read avidly in physics, theology and philosophy’, said Saint Ignatius’ College Adelaide Rector Fr Peter Hosking. ‘His humanity, humour and kind presence enabled him to give generous service to many.’

He was also revered by the staff, whom he influenced by example and through the prayerful reflections he led. He took great care in preparing his homilies, which were highly topical, imaginative and relevant to people’s interests.

Indefatigable in making himself available for weekend Mass supplies in many parts of South Australia, in his later years he became a mainstay of the Athelstone Eucharistic Community, where he is much missed. Reaching out to many Catholics away from the mainstream, he enabled them to come together for worship and maintain a connection with the Church.

On a lighter note, he had a playful, mischievous spirit, ever ready to quote Jesuit mentors and colleagues of the past. He also delighted in Gilbert and Sullivan operettas, whose lyrics he could perform from memory well into old age.

‘He had the capacity to see the ordinary humanness in occasions, even the solemn ones’, said Fr Stan Lim SJ, who lived in community with Terry in Adelaide. ‘He found simple delight in the quirkiness of such occasions and was able to store these memories to regale us in our social gatherings.’

Growing ill health forced Terry to leave the schools ministry towards the end of 2018. Initially, he moved to Campion House, which cares for senior Jesuits in Melbourne, then to Nazareth House nursing home in Camberwell, where he died peacefully at the age of 85 on 3 July 2020. 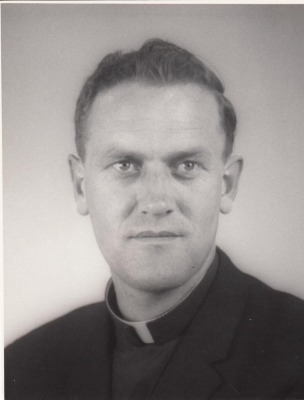 The funeral was held in Melbourne on Thursday, 9 July. It can be watched at this link: http://tobin.5stream.com/webcast/54798.

A Memorial Mass was celebrated in Adelaide on Tuesday 14 July. You can view the Mass below.

Community members from Saint Ignatius’ College Adelaide have been posting messages and tributes to Fr Kelly on the school’s Facebook page. Click here to read the posts.