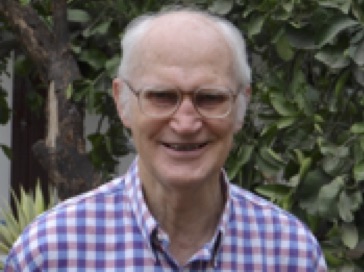 Fr Paul Jackson, SJ, a Jesuit missionary and an Islamic scholar, who spearheaded the Muslim-Christian Dialogue in South Asian Assistancy, died on 5 July 2020 at KHFH, Patna. Fr Paul was a Jesuit priest belonging to Hazaribag Province and applied to Patna Province.

He began his doctoral studies in 1976 on the writings of a Sufi saint of Bihar, Shrafudin Maneri. Fr Paul had been based at St Xavier’s, Patna. He retired to XTTI in 2010 and moved to Xavier Bhawan in 2017.

Fr Paul was a renowned Islamic scholar, writer, teacher, and above all a committed Jesuit and a noble soul. He translated the letters of Maneri from Persian to English. He wrote books and articles on Muslim-Christian Dialogue.

Fr Paul had a fall in his room on 7 June. He was taken to KHFH, Patna, in an ambulance. Besides several bruises in his body, X-rays showed that he had a hairline fracture in his hip bone. Some of us celebrated his birthday on 11 June in his room in the hospital. Due to his poor health surgery to repair the fracture had been ruled out. He was in the ICU for a few days when his condition became critical and eventually he died on 5 July 2020.

The Funeral Mass was presided over by Most Rev William D’ Souza SJ, of the Patna Archdiocese. Fr Santosh Minj, Provincial of Hazaribag and Fr Donald Miranda, Provincial of Patna, concelebrated along with fellow Jesuits. Fellow Australians Frs Bob Slattery and Tony Herbert from Hazaribag Province also participated in the Mass.

Fr Donald Miranda, in his introduction, presented the life journey of Fr Paul and also read a message from Mrs Margret, the younger sister of Fr Paul. In his address, he highlighted the discipline and dedication of Fr. Paul, who religiously spent hours in the Khuda Bakhsh Library, Patna, day after day, year after year, for his scholarly work.

The Archbishop praised Fr Paul for his contribution towards Muslim- Christian Dialogue. Fr Tony Herbert (HAZ), in his homily, highlighted from the account of Fr Paul himself, the turn of events that led Fr Paul to be an Islamic scholar (see below).

Fr Paul Jackson’s missionary life in India was focused on creating and promoting dialogue between Christians and Muslims. In an article for ‘Jesuit Life’, he described how this work came about.

‘I had envisioned my task as a missionary to be telling people about Jesus, and that was precisely what we young scholastics were forbidden to do. In seventh grade, everyone studied The Saviour, a life of Christ – and that was it! The only other public acknowledgement of Jesus was during Mass each morning for the Christian boys. The obvious question that began to trouble me was, “What am I doing here?” What was the point of being a missionary who was told not to talk about Jesus to Hindu and Muslim boys?

‘With these thoughts running through my mind, Tony Ryan and I took a group of hostel boys by train to Calcutta in December 1963, after I had been three years at St Xavier’s. It was there that I heard Fr Putz, a theological expert at Vatican II, say that Pope John XXIII had said that the Church, after the Council of Trent, was like a fortress on a hilltop defending itself. He said the Church should open all its doors and windows and reach out to all groups of people. I reflected that no one in Hazaribag was reaching out to Muslims as such and said to myself: “Let me try to do something”.

‘Therein lay the challenge of trying to work out what that “something” could possibly be! Tony and I went back to Hazaribag for Christmas and returned to Calcutta in January to take the boys back. While we were there, anti-Muslim riots broke out in some parts of the city. We could see smoke rising in a few places while standing on the roof of St Xavier’s College. Tony and I decided to try to reach the station in case some boys did turn up to catch the train for our return journey. On the way there, we saw smouldering fires but no bodies. A number of boys did turn up. We had a reserved carriage to ourselves. Apart from two brothers who were Muslims, all the other boys were Hindus. They told the brothers to get under the seat and they put some luggage in front of them.

‘Sure enough, we were stopped by a Hindu mob. The boys shouted out that they were all Hindus and we were allowed to go. Some boys told me they had seen bodies beside the railway lines as they were coming by suburban trains to the main station. Later on, we told the brothers that they could come out. I had learned that Muslims were on the receiving end! It only served to strengthen my resolve to try to do something for them.’ 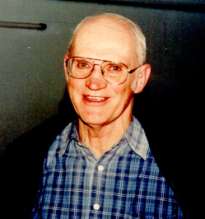 Apostolic Assignments as a Priest:

Doctorate in the writings of Sufi Saint of Bihar – Sharfuddin Maneri, 1976-1980

The Muslims of India: Beliefs and Practices. Bangalore: Theological Publications in India, 1988.

The Way of a Sufi: Sharafuddin Maneri. Delhi: Idarah-i Adabiyat, 1987.

A Jesuit among the Sufis, Anand: Gujarat Sahithya Prakash, 2015.

More than 80 articles on Muslim-Christian Dialogue.

Fr Paul’s funeral was on 6 July in Patna. A video of the funeral service is available here.