Born in Brisbane in 1931, Pat was educated at St Joseph’s College, Nudgee before moving south to reside at Newman College, Parkville and undertake an Arts degree at The University of Melbourne. After graduating, he entered the Jesuits in 1951 and went through the usual program of formation until his priestly ordination on 3 January 1962. In subsequent years he worked at three Jesuit Residential University Colleges: Newman in Melbourne, St Thomas More in Perth and, most notably, St Leo’s in Brisbane, where he began a doctorate in philosophy at The University of Queensland (granted in 1973).

Pat’s perceptiveness and rapport with young adults recommended him to be the superior of Jesuit scholastics at Campion College, Kew during a time of ferment. His fresh, imaginative approach served him well for his next role as Provincial (1973-78), when he became a torchbearer for the renewal of the Society of Jesus under Fr General Pedro Arrupe and in the aftermath of General Congregation 32. He encouraged Jesuits to experience the life of the poor and marginalised and promoted ministries that reached out to them.

Pat had great admiration for Servant of God Pedro Arrupe and was able to observe him at close quarters when he moved to the General Curia in Rome to direct the Christian Life Communities Secretariat (1979-86). After he returned to Australia in 1987, he continued to animate CLC for the remainder of his life. He edited the spiritual magazine Madonna for three years, became director of the retreat house at Campion in Melbourne, then tertian instructor for Jesuits in the final stage of their formation. Upon completing that role, he worked for some months at the Mwangaza Retreat Centre in Kenya (2006). Previously he had assisted Jesuit Refugee Service in 1995, when he served in Addis Abbaba, Ethiopia. 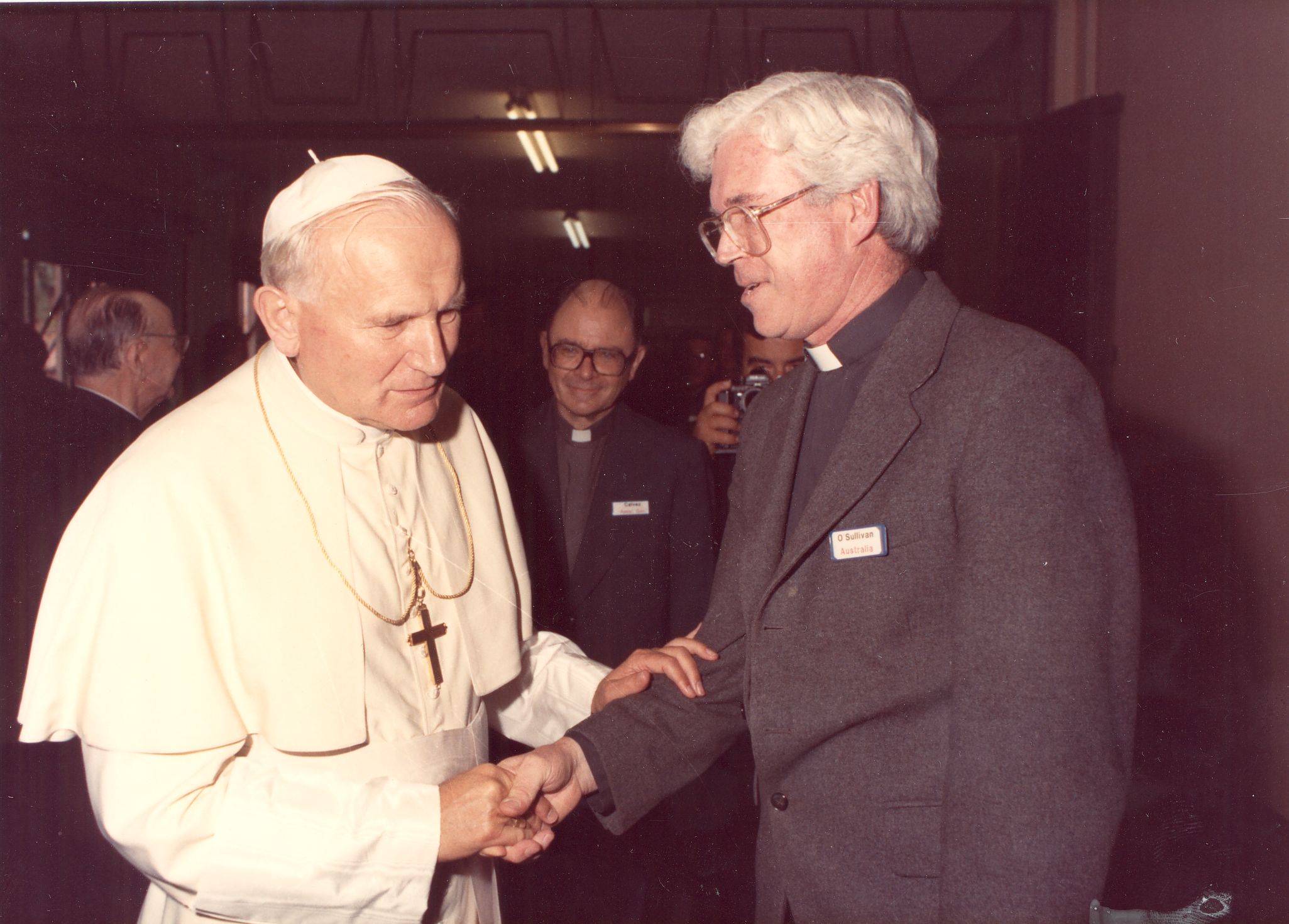 From 2007-13 Pat was spiritual director at Corpus Christi Seminary, Carlton, where he also resided. After moving to Campion House, Kew in 2014, he continued to serve as a spiritual father at the seminary and engage in the ministry of the Spiritual Exercises, which had been central to his life since 1989.

A master of the striking quote and bon mot, Pat made an enduring impact on Jesuits in formation, seminarians and CLC members in Australia and abroad. He endeared himself to all with his often mischievous sense of humour, his storytelling and his approachability, kindness and deep spirituality.

The funeral Mass for the late Fr Patrick O’Sullivan will be celebrated at the Immaculate Conception Church, Hawthorn, Victoria on Tuesday 14th June at 10:30 am.

The burial will take place at Melbourne General Cemetery on Thursday 16 June at 11:00 am.