The rebel who found a cause

Fr Ross Jones SJ recently highlighted in The Gonzagan the story of Anchanikal T Thomas SJ, who fought for a worthy cause twenty five years ago.

In 1951, six young Australian Jesuits left our shores to begin a mission in Hazaribag, north-eastern India. In those early years, the Indian Bazaar at Riverview was established to help fund the works of schooling, agriculture, medical clinics, social action centres and parishes in that mission. The work flourished so much that it became a Province in its own right only forty years later.

In 1968, Anchanikal T Thomas (known as A.T. Thomas), joined the novitiate in Hazaribag. One of the Australian Jesuits there at the time, Fr Geoff Meagher, described him to me in his early years as “a rebel without a cause”. AT was so passionate and fiery that his Novice Master was not able to handle him, so he was sent to a neighbouring Province to complete his second year of novitiate! It was clear that, should he complete his Jesuit formation, AT was a man going to make his mark.

Upon ordination, AT began to work among the dalits, the poor and illiterate oppressed, the lowest of the Indian castes, known as “the faceless ones”. He became their teacher and their advocate. He made their cause his own. AT was a practical man who could fix or repair anything. He was a compassionate man who drove the sick to the hospital and sat with the dying. And he was a visionary man who heard the people’s stories of oppression and recognised the power latent in their talents and determination.

AT and his fellow Jesuits recognised the great need of the dalits for education. Even children had to work all day to help support their families, so normal schooling was beyond them. AT and the others gradually developed a network of night schools around Hazaribag. Gathering for school, people began to share their other concerns, and a whole range of social issues and needs came to the fore. He initiated methods to help the poorest of the poor, people like the bonded labourers held in the crippling clutches of landlords and money lenders.

For example, in the village Azad Nagar (Freedom Town), in Hazaribag district, there was a group of twenty-five families from the bhuyian, a dalit sub-caste. They lived and worked there in slave-like conditions. With the help of AT, they were able to buy their own land and build proper homes, escaping from bondage.

AT became involved in every aspect of the people’s lives.

After two decades of nonstop labour, in 1996 AT went to the Jesuit university in Manila to take a master’s degree in sociology so he could return to serve the people better. In October 1997 he was back in India doing research for his degree. Back among the poorest of God’s people whom he loved. 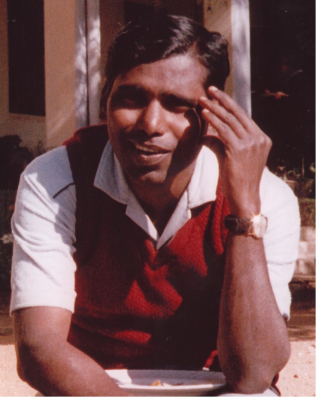 Some years earlier, AT had been involved in a legal dispute. Dalits in a village near Hazaribag had lost a parcel of land that they cultivated to a powerful group from a higher caste. They went to court with AT’s help and, to everyone’s surprise, won their case. The offending parties went to jail but never forgot who had caused them such humiliation and cost.

In late October 1997, AT went to the village of Sirka, where he found some people dressed in police uniforms beating one of the villagers. As he started to investigate the violence, one of the would-be police recognised him and said, “This is the man who sent me to jail.” The men dressed as police were in fact local insurgents who extorted money from the villagers. They surrounded AT and led him away at gunpoint. The villagers protested, but AT disappeared into the night, the latest victim of violent injustice.

For two days, as authorities waited for the expected ransom demand, rumours began to circulate that AT had been beaten and killed. On October 27, his battered and decapitated body was found in a riverbed. His head was never found.

That evening, the body was brought to St. Xavier’s in Hazaribag and placed in a coffin. As Fr Geoff so poignantly observed, “The man who gave his life for the faceless ones was buried without a face.” The next day, his Jesuit brothers, his friends and relatives, religious sisters to whom he had ministered, and crowds of his beloved untouchables gathered for the Church’s liturgy to honour AT’s memory and draw strength from his sacrifice. He was forty-six years of age. That was twenty-five years ago.

Every year thousands of dalits and tribals come from around the district to visit his tomb and the place where AT made the ultimate sacrifice.

The 32nd General Congregation of Jesuits met during 1974-75. It was when Pedro Arrupe (the so-called “second Ignatius”) was Superior General. That Congregation shaped our twin focus:

The mission of the Society of Jesus today is the service of faith, of which the promotion of justice is an absolute requirement.

Later on, the Congregation went on to warn that

Any effort to promote justice will cost us something. Our cheerful readiness to pay the price will make our preaching of the Gospel more meaningful and its acceptance easier.

The cost of which that Congregation spoke is often financial. Sometimes it is criticism or contempt. In AT’s case (and that of many of Jesuits in similar justice causes) it is the ultimate cost.

Injustice led AT to his violent death. But in facing this injustice, A T Thomas had already found life. Let us hope his story continues to engender a passion in our young men. A courage to take a stand and be counted when rights are at stake.

In matters of justice, may Aloysians regularly experience what they so often pray for here: “To give and not to count the cost.”

Feature photo by Being.the.traveller on Unsplash.