Jesuits from across Australia joined with many other people who fill key roles in Jesuit ministries, for an event known as a Province Gathering.

So, what happens at a Province Gathering, and how is Ignatian spirituality expressed there? Matthew Pinson SJ, a Jesuit in formation for priesthood explains.

Participants commented how different the Province Gathering, a meeting of Jesuits and lay leaders in ministry last held in 2019, was from a professional development conference. Instead of many sessions of input, there were just four spread across the two days, focusing on Ignatian spirituality, conversion, the engagement of young people with the Church, and synodality. After each input, participants had time for personal prayer, followed by spiritual conversation in small groups.

As practised at the Gathering, spiritual conversation begins with each member of the group sharing the spiritual movements they noticed while listening to the input and during their personal prayer. Perhaps an insight of the speaker sparked a particular emotion, or resonated in some way with their own experiences. This round of sharing itself provides insight into a second round: how was each participant moved by what they heard, and was there a common theme expressed? Only after these two rounds does the conversation move towards insights that can be drawn or practical actions that might be inspired by what was said. 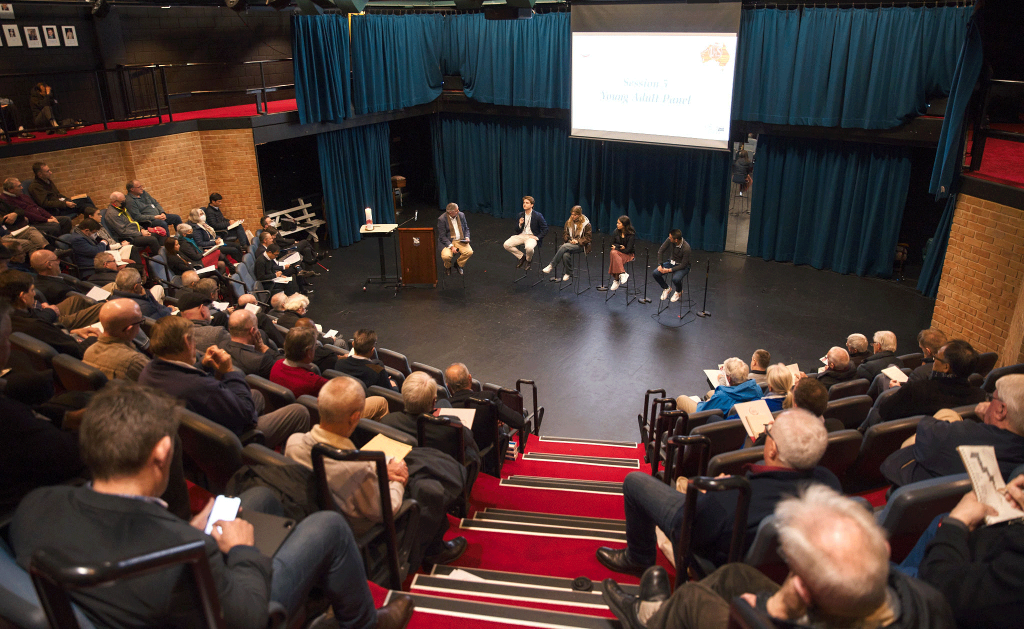 Julian Butler SJ (left) moderated a conversation with four young adults from our ministries about their faith journey.

This method of meeting is founded on what John Dardis SJ, the first speaker at the Gathering, identified as the key belief of Ignatian spirituality: that God is active in the world. The task of one trying to discern wisely is thus not to assess actions against some objective standard, but to recognise and cooperate with God’s plan—or God’s imagination—for the world and for their life. So our lives, our prayer and the words we hear from others can all be locations of God’s action. This viewpoint was reflected in the choice of speakers and topics. Although all the speakers brought considerable expertise, what was more important was that they brought their own experiences, and particularly how they recognised God’s presence in those experiences. Listeners expressed particular gratitude for the most personal parts of each talk.

The second speaker on the opening day of the gathering was Kathleen Upfold, sharing her story of conversion through Ignatian spirituality. Many participants shared her experience of how Ignatian imaginative contemplation (vividly imagining being present with Jesus during the scenes described in the gospels) helps nurture connection with a God who is always loving, even in the face of our sinfulness and of the many difficulties that confront us in life.

By contrast, many participants felt difference rather than similarity on listening to the panel of young people. Most Jesuits in the province, and many others involved in Jesuit ministries, grew up in an era where the Church’s tradition and leaders carried enormous authority. This is now resoundingly not the case, so young people will not have any involvement with the Church unless they have some kind of personal experience of God’s presence in their lives. This presence might be felt in prayer, in the formation of values, and in working for justice, and definitely needs to be found in community life. Comparing these insights with what is found in the Acts of the Apostles might suggest that the new world in which we are living is not entirely new after all! 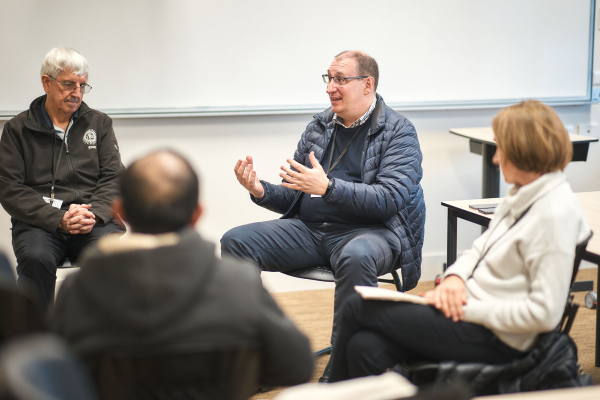 And what will the outcomes of the Gathering be? The answer may be found in Susan Pascoe’s talk, on synodality. The two major synodal processes affecting the Church in Australia (the Plenary Council of the Australian Church, and the Synod on Synodality of the universal Church) have or will come to decisions that affect the structure or functioning of the Church. But far more important than these decisions is the personal conversion of those involved, realising more deeply how they are called to listen to and cooperate with others in shaping the Church of today and tomorrow.

Likewise, each participant in the Province Gathering will go back to their ministry changed by what they felt in prayer and heard from the speakers and from their spiritual conversation companions. Our hope is that each will return more reflective, a better listener, and more aware of the diversity not only of people active in the province, but of the way God acts in the lives of those people.