The 2019 Indian Bazaar: Putting the Fun in Fundraising

Jesuit Mission’s annual Sydney fundraiser represents a tremendous gathering of schools, parishes, current and former students, local businesses and other community groups, coming together to stand in solidarity with people they may never meet, but whose lives are transformed by their generosity.

Jesuit Mission’s annual Sydney fundraiser the Indian Bazaar will be held on Saturday 14 September 2019, from 9am-5pm. Hosted by St Ignatius’ College Riverview, the Bazaar is a huge fête and community event which supports Jesuit Mission’s works with the vulnerable and marginalised overseas. 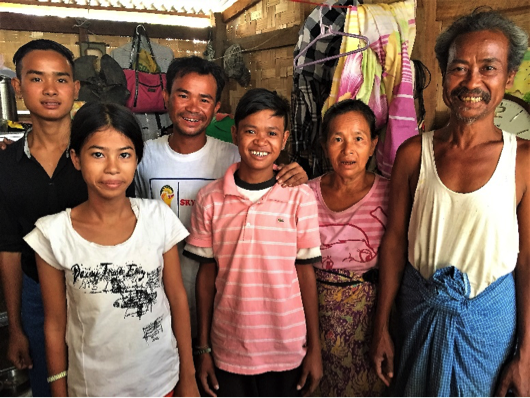 Hundreds of people volunteer their time and skills in the months before the Bazaar and on the day. Up to 8000 more will flock to the event. They can expect a sensational day of carnival rides, stalls, food and entertainment.

Guests will be treated to shows, prizes, music, auctions, international delicacies, a petting zoo, and a rugby 7s tournament. The event always generates a great buzz, but it is about much more than just entertainment and fun on the day.

For 68 years, the Indian Bazaar has raised funds to support Jesuits and their partners, who create change for women, men and children suffering the indignity of poverty and injustice. These partners now operate over 54 projects in more than 13 countries across Asia and Africa.

The Bazaar represents a tremendous gathering of schools, parishes, current and former students, local businesses and other community groups, coming together to stand in solidarity with people they may never meet, but whose lives are transformed by their generosity.

Every student in the St Ignatius’ College actively participates in the running of the Bazaar. Many parents and committee members put huge effort into planning, cooking, transport, manning stalls and donating goods and prizes.

‘We are so thankful for our closely-knit community’, says Jesuit Mission CEO Helen Forde. ‘The spirit of St Ignatius shines brightly on the day. Our volunteers and guests show their generosity in deeds, in their actions. When the funds raised are directed to projects overseas, we really see their faith create change.’

The Bazaar began over six decades ago, to support six intrepid Jesuits. These young men followed their calling as Jesuit priests ‘to go where the need is greatest, to go where others will not go’. They departed for a life of devotion to others, and began work in impoverished villages of Hazaribag, India.

Funds raised at the Bazaar help fund life-changing education programs for girls and boys; provide food and essential services to refugees displaced by conflict; provide healthcare and livelihood training to some of the world’s poorest communities; support vulnerable individuals through pastoral care; and provide emergency relief to communities affected by disasters.