While more than simply listening to a person seeking asylum, the Table Talk program is not a discussion of the politics of their situation.

JRS schools’ engagement coordinator Anne Nesbitt said the Table Talk program aimed to connect participants with the real-life stories of asylum seekers and to humanise the tragedy of displacement affecting millions of people. Table Talks in Sydney (held in partnership with Sydney Alliance) have already reached 4800 people, but the one at Newman College on 18 October was the first Melbourne event. 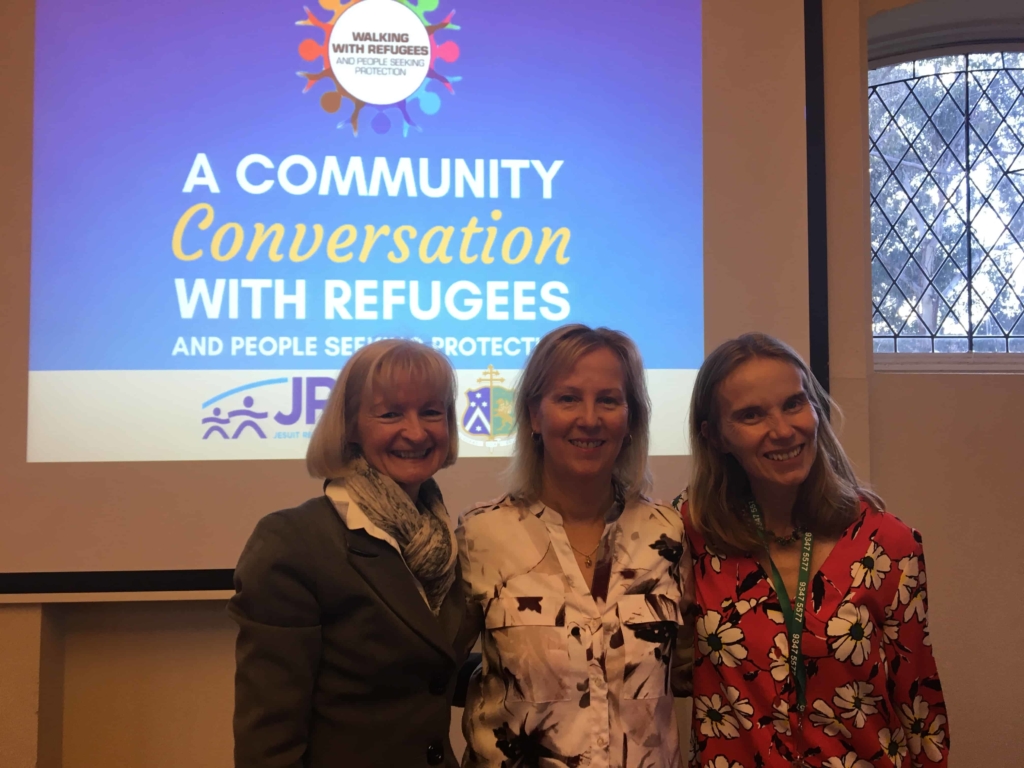 The staggering number of forcibly displaced people worldwide (around 70.8 million) can make it difficult to connect to the losses faced by each individual. In response, a Table Talk is a conversation within a small community. It emphasises dialogue and mutual sharing of personal stories.

While more than simply listening to a person seeking asylum, it’s not a discussion of the politics of their situation.

At Newman, two asylum seekers spoke about the trauma of being forced to leave their country, home, family and friends and make their way in another country. Those who attended admired their resilience in coping with the dangers that had caused them to flee their own countries and then contending with numerous difficulties in settling into a strange country, with different customs and language.

Attendees paid tribute to their courage and good humour.

Director of JRS and human rights lawyer Carolina Gottardo explained Australia’s approach to the different categories of asylum seekers. She said Australia had at the same time one of the world’s best and one of the worst approaches to dealing with refugees and people seeking asylum.

Most refugees whom the Australian government accepts are processed offshore and are previously selected and approved by the government, and the support networks for this category of refugees were very good, she said. However, asylum seekers who arrive by plane (or previously, by boat) were not entitled to a fair legal process or the same forms of financial support.

She said it was not ‘illegal’ for people to seek asylum once they arrived in the country and noted that Australia had been censured by the UN for not complying with international charters which it had signed.

Ms Nesbitt said nearly everyone from the Melbourne event indicated they wanted to continue the conversation by staying in touch, volunteering or hosting another Table Talk.