Fr Robert Davoren SJ became Headmaster at St Ignatius' College in 2007, and has been the school's Rector and CEO since 2014.

St Ignatius’ College Adelaide will farewell Fr Robert Davoren SJ at the end of this year, after 11 years of leadership at the school. 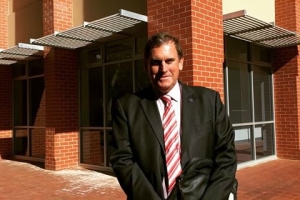 Fr Davoren became Headmaster at St Ignatius’ College in 2007, and has been the school’s Rector and CEO since 2014.

‘The college is in a fine and stable situation, has a sound and enviable reputation, all of this is due in no small measure to Fr Davoren and his leadership team’, said Fr McCoy.

The school will next year have a new model of leadership, following the model used at other Jesuit schools in Australia, with a lay principal and Jesuit rector to be appointed.

The St Ignatius’ College Council has begun the search for a new principal, while the appointment of the Jesuit rector will be made later in the year.