Smashing heads does not open minds

We wait with bated breath as to whether Messrs Trump and Kim will meet in Singapore to heal the breaches in their relationship. The lead-up in earlier months has not been very encouraging.

We wait with bated breath as to whether Messrs Trump and Kim will meet in Singapore to heal the breaches in their relationship. The lead-up in earlier months has not been very encouraging. 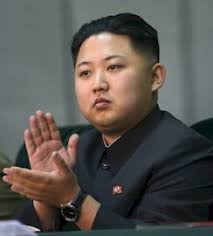 Trump had called Kim ‘little rocket man … short and fat … a madman’, and threatened to wipe him and his country off the face of the earth if they attacked America. Kim retorted, labelling Trump ‘an old lunatic, mean trickster and human reject … and a mentally deranged dotard’. Not a promising start!

Nearly five centuries ago, Ignatius was encouraging his men to adopt what he termed ‘holy conversations’ in their dealings with others. Lest this suggest overly pious or saccharine language, we need to understand that conversations are ‘holy’ when they are based on respect — even reverence — for the other person, when they acknowledge the other’s human dignity and worth.

Such personal value does not spring form one’s accomplishments, one’s status, or one’s wealth. Our dignity and worth come simply (and profoundly) from our being loved by God.

That is our worth — nothing more. And that is everything. Therefore, these conversations with another are sacred. They concern themselves with finding common ground and are never about lording it over the other, manipulating or point-scoring. So we may, with some justification, style them sacred.

And they are holy because they are pastoral (i.e. seeking the best for the other) and often move into concerns and issues that are deepest in the other.

The style of Ignatius and his early Jesuit companions was simple. The starting point was to approach individuals with love and a desire for their wellbeing, while carefully observing each person’s temperament and character. Then they began conversations with subjects of interest to the other, moving gradually to matters of real moment and importance — to matters of the spirit, we might say.

Ignatius was very fond of a Spanish idiom of his time: ‘Go in by the other person’s door and lead them out your own.’ That became his style. The elements of such gentleness and love will guard against conversations being manipulative in any way. Respect for the other underscores all such engagements. Always.

Ignatius sent a number of Jesuits, as theological advisers, to the Council of Trent in 1546. These were the times of the Reformation and in the face of that threat, and the need for a counter-Reformation, there were many heated discussions, many parties and factions in that gathering. Ignatius wrote his men a lengthy letter. This, in part, was his advice:

‘Be slow to speak. Be considerate and kind, especially when it comes to deciding on matters under discussion, or about to be discussed in the council.

‘Speak only after having first listened quietly, so that you may understand the meaning, leanings, and wishes of those who do speak. Thus you will better know when to speak and when to be silent.

‘I should consider the reasons on both sides without showing any attachment to my own opinion, and try to avoid bringing dissatisfaction to anyone.

‘If the matters being discussed are of such a nature that you cannot or ought not to be silent, then give your opinion with the greatest possible humility and sincerity.’

In the thick of Reformation persecutions, one of Ignatius’ first companions, St Peter Faber SJ, wrote another letter, which influenced St Peter Canisius so much that he joined the Jesuits. It read, in part:

‘If we will help the heretics of this time, we have to be attentive to look at them with love, to love them in truth, and to banish out of our hearts any thought that could lessen our reverence for them. Pastoral care, dialogue, benevolence, and confidence will help; controversy, which would only bring the partner into discredit, would not help.’

These correspondences are not the style we hear when watching parliamentary replays in the media. Not what is heard when Netanyahu speaks to Abbas over the Gaza strip. Or even when listening to Friday night debates at the College!

’Holy conversations’ were and are a central exercise of cura personalis, which we know here as that particular care of every student in all his dimensions. In our common mission it is, of course, an experience shared by both teachers and parents.

More recently, Deborah Tannen, a professor at Jesuit Georgetown University, wrote of what she sees as ‘the argument culture’ today which rests on the assumption that opposition is the best way to get anything done.

‘Smashing heads does not open minds,’ says Tannen. Hers is a counter-cultural approach.

It would seem to me that for us today, such ‘holy conversations’ still have their place, especially in a school. In what is sometimes the cut and thrust of classroom argument, debate or dispute, of rebuttal and point-scoring, in the grandstanding of the sad parliamentary model, the following ought not be sacrificed:

Without loss of a principle, a respect for the other, an engaged listening, a search for agreement along the way, perhaps a compromise, maybe a private correction where appropriate and possible.