Jesuits and friends gathered in Melbourne this week to remember Fr Kevin King, a priest who spent a large portion of his Jesuit life as a teacher, and who always went out of his way to help people in trouble. 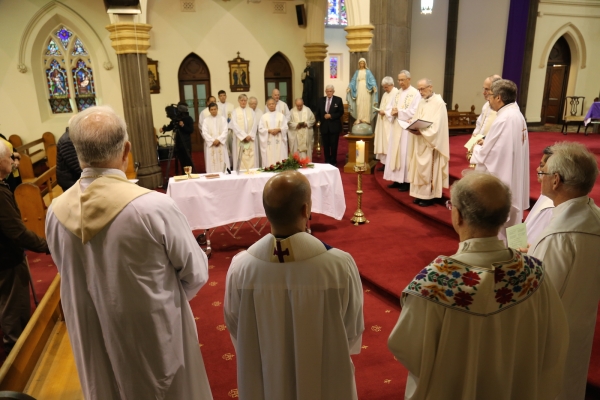 The funeral was held on 4 April at Immaculate Conception Church in Hawthorn, with Fr Michael McShane SJ delivering the homily/eulogy.

Fr McShane was among those who knew Kevin best, having lived in the same community with him in Perth for nine years, and then again in his final years at Arrupe House in Sydney. While Kevin suffered pain, underwent a number of operations, and lost much of his memory over the last few years, Fr McShane said he remained faithful to God and to his calling.

‘In the afternoons a carer would come to be with Kevin for an hour. Kevin thought he was helping the carer. Often he would say he would pray for them’, he said. 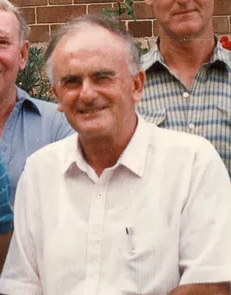 Kevin was born in Melbourne and educated at St Patrick’s College. He entered the Jesuits in 1947, and was ordained in 1960.

Over the years, he was involved in a number of schools. He spent his regency at Burke Hall, and after his ordination taught at St Aloysius’ College, as well as St Ignatius’ College Riverview. He also spent 25 years as chaplain to John XXIII College in Perth, from 1982 to 2006.

‘Similar reports about Kevin come from all these places’, said Fr McShane. ‘Kevin was a thorough gentleman, meticulous, thoughtful, kind and caring. He was a memorable teacher who went out of his way to help people connected to the school who had some sort of trouble, and he did this in an unobtrusive way.’

Kevin was also an assistant director of Jesuit Mission from 1971 to 1975, based in Melbourne. Fr Phil Crotty SJ reflected on his time there.

‘While running the Melbourne Office and overseeing the work of the volunteers, Kevin provided invaluable support for the committee which organised the Maytime Fair at Xavier College.  He was also on hand to assist in the management of the Opportunity Shops, which were such a feature of support for Jesuit Mission in Melbourne in the late 1960s and early 1970s’, said Fr Crotty.

‘I remember Kevin arriving in Mahuadanr, a remote mission station. It was the hottest time of the year, but in spite of the heat he was prepared to travel long hours on rough roads to visit every Jesuit whom he and the Jesuit Mission supported.’

Despite his memory loss towards the end of his life, Fr Crotty said, ‘He never forgot that visit.’

The full reflection can be found here.