Raising a voice for the voiceless

Commencing in his new role as CEO of Catholic Social Services Australia this week, Fr Frank Brennan says he intends to call out those politicians and media who systematically misrepresent the most vulnerable in our society as people who deserve their plight.

Starting in his new role as CEO of Catholic Social Services Australia, Fr Frank Brennan – Jesuit priest and Professor of Law – has a clear plan for what he needs to do to change Australia for the better. 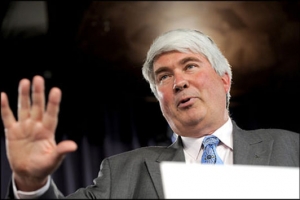 ‘I have spent many years dedicated to the enhancement of Aboriginal rights and the rights and entitlements of refugees and asylum seekers. I have seen it as my moral duty to stand up for those in our society who are marginalised and disadvantaged’, Fr Frank Brennan said.

‘Even though Australia has become a more prosperous country since I started working in Redfern more than 40 years ago, this prosperity has not been shared across the community. I have become increasingly concerned that the gap between rich and poor in Australia is becoming unbridgeable.’

Prior to his current role, Fr Brennan has been professor of law at Australian Catholic University and Adjunct Professor at the Australian Centre for Christianity and Culture, the Australian National University College of Law and the National Centre for Indigenous Studies. He has also served as the National Director of Human Rights and Social Justice for Jesuit Social Services. His research interests include conscience and faith, human rights and the rule of law, and the rights of Indigenous peoples and asylum seekers.

He notes that while inequality in Australia has increased, the voice of the churches and non-government sector have been marginalised by successive governments.

‘Poor and marginalised people living in Australia are finding it increasingly difficult to affect the policies of major political parties.

‘I intend to use my expertise and the lived experience of the tens of thousands of people who rely on services provided by the national network of Catholic Social Services to help our Federal politicians and bureaucrats to devise policies that assist those most in need.’

He says that the most vulnerable in our society shouldn’t be the ones made to carry the heaviest burden of government efforts to improve the budget bottom line.

‘I intend to be a co-operative participant seeking equitable and sustainable budget repair which ensures basic entitlements for all, now and into the future.

‘I also intend to call out those politicians and media who systematically misrepresent the most vulnerable and poorest in our society as people who deserve their plight. As the gap between rich and poor has grown in Australia more and more people have been happy to believe carefully crafted stories designed to demonstrate that disadvantaged people are deserving of their plight and are therefore not deserving of assistance or support.’

‘In the long run the social and economic cost of failing to address inequality far outweighs the cost of providing adequate support to those who need it. I want to work towards an Australia where everyone is seen as deserving of support when they need it and where we can all share our common good’, Fr Frank said.