Putting human dignity at the centre

New Human Resource policies are currently being released across the Australian Jesuit Province, aimed at ensuring all ministries are complying with legislation while also providing employees with greater support in their roles. Province HR Manager Ms Helen Boussounis says this policy framework is about ensuring human dignity is a central concern in all ministries.

When Helen Boussounis applied for the HR manager role last year, it was after a great deal of soul searching. After many years working for various corporate companies, she wanted to work in an organisation that prioritised people over profit. 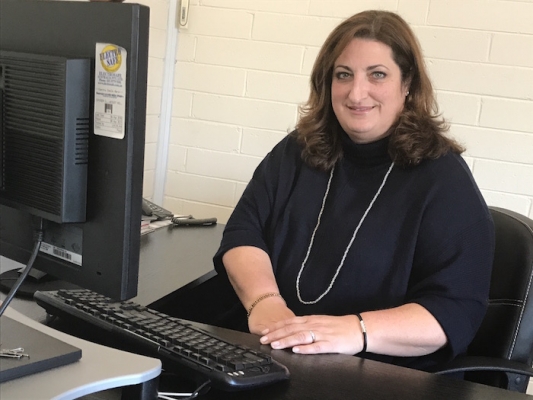 ‘Working in an organisation like this means you treat people with a dignity’, she says. ‘While in a large corporation you might say that “people are our greatest asset”, when the downturn occurs that greatest asset sometimes is the first thing let go.’

‘When you work for a faith-based organisation, it’s really important that people are treated with the dignity that the organisation values.’

A new Province HR policy framework has been developed over the last 12 months. A great deal of the work was done by Helen’s predecessor, Sue Colina, with review by the Province’s HR advisory panel members Patricia Faulkner, Anna Clarke, Michael Tehan and Fr Robin Koning.

While one of the main priorities was to ensure the Province had policies in place that were up to date with current legislation and laws, the panel has also worked to ensure the language and values are thoroughly Ignatian.

‘Most HR processes are based on legal requirements which need to be followed. But you might add additional steps, in terms of bringing in the Ignatian way of doing things’, says Helen.

‘I would look to ministry leaders and take guidance from them. There are the steps that the law requires us to take, but we also have to do it in a way that Ignatius would have wanted us to do it.’

As well as helping finalise the policies, Helen’s role involves liaising with the various Province ministries and providing HR support.

Province ministries that are yet to develop their own policies in these areas will take on these new policies (which are being released soon), while those that already have a policy framework in place will be asked to ensure their current policies are up to date.

Helen is also the contact for staff in various ministries if they are experiencing issues or have HR questions.

‘It will give them a direct communication to me. Everything that comes to me is treated confidentially’, she says. ‘My role is not only for the Province administration, it’s for the employees as well.’

Over the last few months, Helen has spent time visiting various ministries and getting to know how everything fits together. One of her next tasks will be to look at the induction process across the Province, and see if there are ways to better introduce people to the broader Province mission ahead of their attendance in the Ignis One program, which can often take place after some months in employment.

‘Some of it will be simple such as ensuring that people have read the policies’, she says. ‘But it’s also about having something to help people understand what it is they’re joining. It would be good if we did it a bit earlier on, so that when people go to Ignis One they’ve already got an understanding of what it is that we’re doing.’

Staff in Jesuit works can contact Helen via the Province Office.