Outdoor classroom in the NT

Collecting berries and nuts, learning traditional methods to make a fire, cooking damper, raft building and fishing are all part of the weekly ‘classroom’ activities for a local teacher who has left the city behind and is working at a remote Aboriginal community in the Northern Territory.

This year Chris Toome took 12 months of leave from Saint Ignatius’ College in Adelaide to teach at St Francis Xavier Catholic School, which serves the Nauiyu community located 220km south-west of Darwin on the banks of the Daly River.

It’s already shaping up to be an eventful year filled with many different experiences, from learning about the local bush, teaching a class of boys aged 11 to 17 across Years 7-11, and dealing with the high temperatures and humidity of the wet season.

Chris said that while some city teachers might baulk at working in such a remote location, he loved exploring the local region and participating in his class’s weekly cultural activities.

“The activities are held outdoors, where my students excel, and I have learnt to embrace them,” he told The Southern Cross.

“Often I reflect that I am the student but, unlike the class, I have many teachers!

“Sitting on the bank of a local creek, damper and billy cooking on the fire, has proved an ideal replacement for latte at the local café.” 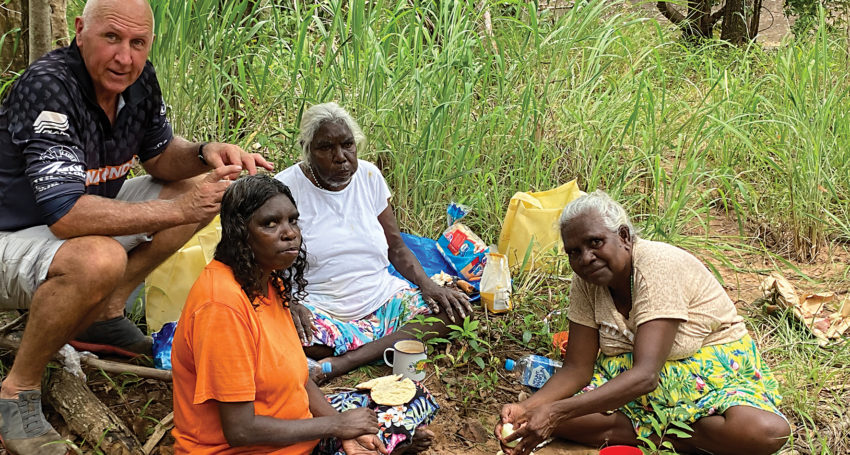 Chris Toome out bush with members of the local community nearby the school at Daly River.

With the Daly River and surroundings so important to his students, Chris has also changed his method of teaching.

“I no longer confine my teaching to the classroom but use the local environment wherever possible,” he said.

“I utilise story to convey concepts and work in partnership with my local assistant teachers. They have been my sanity savers and are the greatest resource at the school. They know the community, students and their families and are accustomed to the needs of new staff.

“They not only guide me, but rescue me when I am lost!” 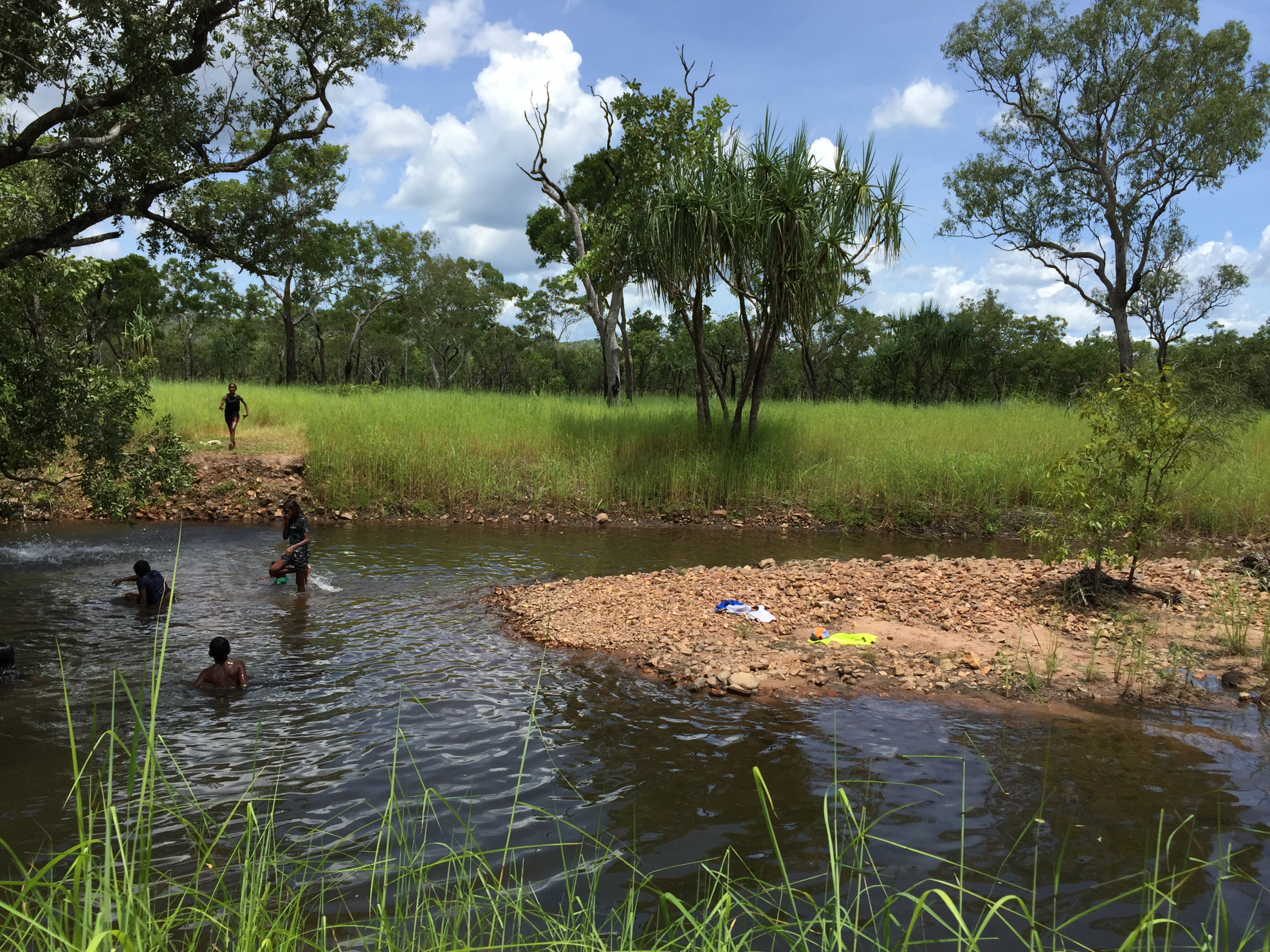 Students enjoying the great outdoors as part of the weekly ‘classroom’ activities.

Chris, who is accompanied by wife Lesley on the teaching adventure, is no stranger to working with Indigenous communities.

In 1999/2000 he took leave and worked on the Tiwi Islands and in his role as Aboriginal Education coordinator with Saint Ignatius’ he has been leading students on immersions to Bathurst Island and Daly River for nearly 20 years.

The Nauiyu community, which is on Malak-Malak land, has about 400 people and boasts a store, school, health clinic and arts centre.

“The Daughters of Our Lady of the Sacred Heart established the school here in 1957, initially as a residential school that also provided medical care,” Chris explained.

“Today the school has an enrolment of 80 and caters for students from pre-school to Year 11.

“The community is also significant in the history of the Australian Jesuits with Austrian missionaries establishing missions in the area between 1886 and 1899.”

Reproduced with the permission of Lindy McNamara, The Southern Cross.