Religious leaders from Australia and the Pacific, including Australian Jesuit Provincial Fr Quyen Vu SJ, have signed an open letter to Australian Prime Minister, Anthony Albanese, requesting an end to new coal and gas projects and to end taxpayer subsidies to fossil fuel companies. This was part of a national call for stronger action on climate change.

The letter specifically requests that Australia:

Many signatories and delegates from many faiths gathered across the country on 13th October 2022. Australian Jesuit Province’s Reconciliation with Creation Project Officer, Sue Martin, attended the #Faiths4Climate service at St Patrick’s Cathedral in Parramatta, NSW. 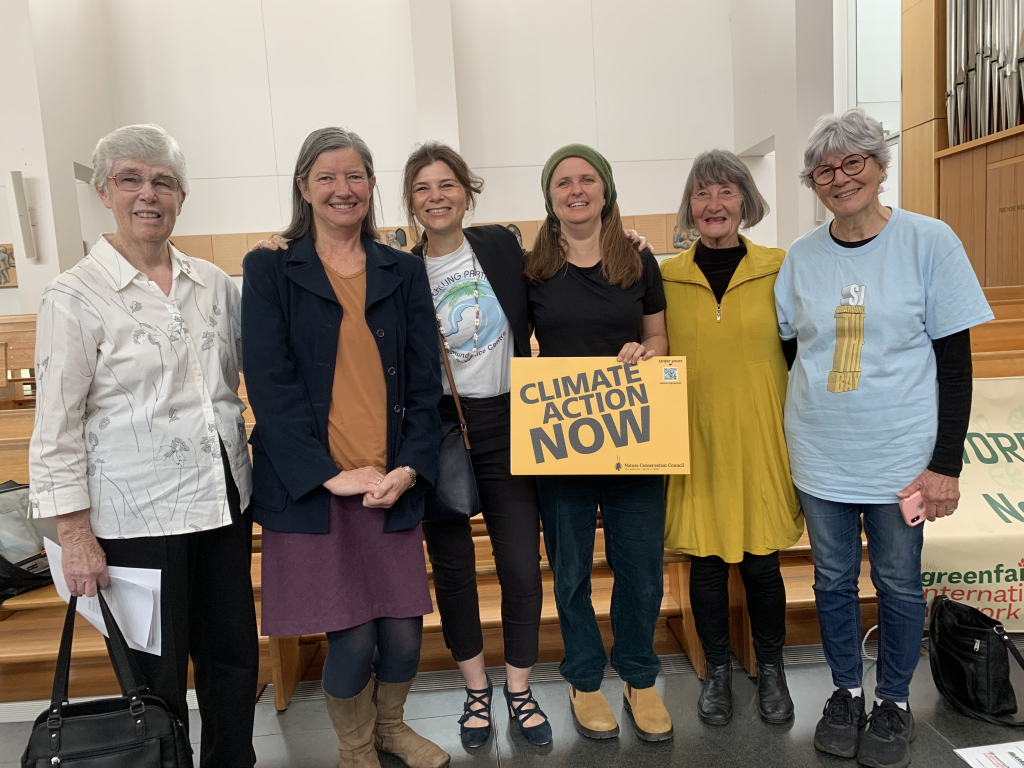 Sue Martin (2nd from left) with other delegates from other faith denominations.

“It was such a great experience to gather with so many other people from different faiths to share the same passion for taking action to protect our environment”, said Sue. The Australian Jesuit Province is a member of the multi-faith network, Australian Religious Response to Climate Change (ARRCC), who had organised the drafting of this letter and the faith service gatherings across Australia.

Hundreds of people gathered at 13 different locations across Australia and the Pacific, where they shared their experiences, sang, meditated and prayed. “Some supporters showed their deep spiritual commitment to the cause by praying and meditating all through the night before the services in the morning”, said President of ARRCC, Thea Ormerod.

The letter has been sent to the Prime Minister and members of his Cabinet, with further actions to be taken by the ARRCC network in the coming weeks. “We pray now that they allow themselves to be moved and motivated by the letter to reconsider the Government’s position on a few of their policy positions”, said Thea.