‘How blessed we are that our God is still calling young men to this way of life, to be companions of Jesus', Cardinal Sean O'Malley said at the diaconate ordination of three Australian Jesuits on 3 September. 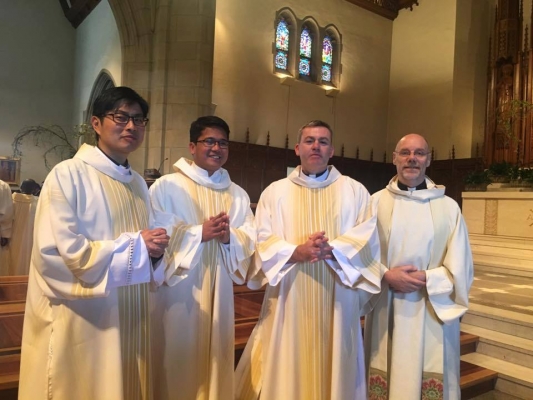 The three Australians were among twelve Jesuits ordained at St Ignatius’ Church in Chestnut Hill on 3 September. Three of the others came from Nigeria, while the remaining six were from the United States.

The diaconate belongs to the sacrament of Holy Orders. Deacons proclaim and preach the Gospel, lead people in prayer, preside over baptisms and marriages, and conduct funeral services. For those on the path to priesthood, the diaconate ordination usually takes place several months to a year before priestly ordination.

Speaking in the lead-up to the ordination, Rob Morris said that the initiation into sacramental ministry ‘completes’ his vocation.

‘I don’t mean that to put the priesthood or ordained ministry above other forms of ministering in the Church. But for me, in terms of my own sense of vocation, I get a sense of fulfilment at the thought of being a sacramental minister for people’, he said. 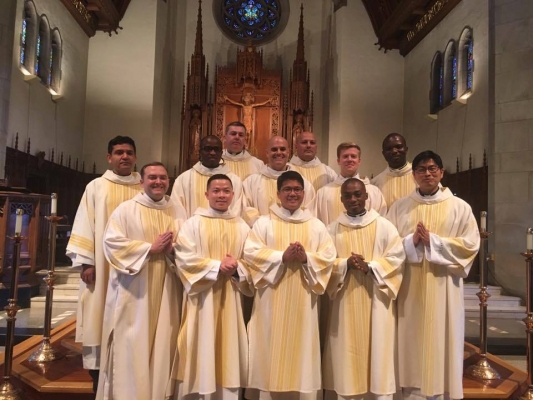 In his homily at the ordination, Cardinal O’Malley spoke of the extraordinary witness of the Jesuits in Japan – recently depicted in the movie Silence. He noted that over 50 Jesuits had died as martyrs in Japan.

It was a testimony to the formation that these missionaries gave the Japanese converts that, when Father Bernard Petitjean discovered Japan had been opened to foreigners in 1865, tens of thousands of underground Christians were discovered.

‘They had been underground for 250 years, braving persecution, baptizing their children and observing the liturgical year without priests’, said Cardinal O’Malley.

‘They passed on the teachings of the church and long quotes from the Bible, all from memory.  Their faith and resilience are in part a result of the formation that they received from Jesuit missionaries, many of whom witnessed to that faith by their own martyrdom.’

‘How blessed we are that our God is still calling young men to this way of life, to be companions of Jesus, ready to go to the most difficult posts to set the world on fire, to be God’s instruments.’

The three Australians will be continuing their formation in Boston, and preparing for priestly ordination next year.