Mission amid dust and the Dalits 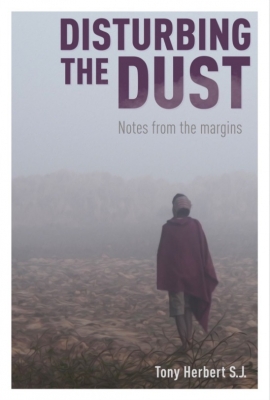 Fr Tony Herbert’s book tells the story of a life spent serving Dalit groups in India. He focuses on the people whom he has accompanied, and grapples with simple questions: what to make of poverty, what happens when you commit yourself to people who are indigent, and how — in living — do religious poverty, material poverty and its unjust causes, and personal emptiness come together?

It is an important book because it reminds us that poverty and the invitation to follow Jesus met in his poor brothers and sisters, his life choices and in his naked dying are central in Christian life and so in Ignatian spirituality. They are often domesticated or spiritualised. This clean book, free of ringing declarations and defensive obfuscations, gives full weight to blindness recognised, fear owned, and failures repeated. It puts poverty and sharing the life of poor people in their privileged place.

Herbert’s story begins when his religious ideal of serving the poorest of the poor leads him to enter their dusty reality. He finds himself a stranger there, unable to read situations, to understand people’s lives or to lead them to better themselves.

Social analysis helped him to understand the nature of their poverty and its effects. They were of the lowest caste, in debt to higher caste landlords who underpaid them and took their land, abetted by the judicial and administrative system. Young people who protested against the injustice were savagely beaten by higher caste thugs and came to see themselves as naturally inferior and worthless. If they stood in the way of coal mining in the area, they were simply pushed off the land. They were not seen as inferior: their humanity was not seen at all.

Any foreigner who wished to associate with Dalits was naturally suspect and unwelcome in this world. When disturbing the dust of poverty by encouraging people to stand up for their rights and accompanying them to see landlords or officials, Herbert was humiliated along with them, as their fear made them revert to subservience.

Constant failure, loss of the security, social place and power to persuade that had undergirded his self-respect, and the fears attendant on his work confronted him with his own inner poverty. He allows us to enter his terror as he rides at night with a villager on a motorbike along unfamiliar roads searching for the body of a fellow Jesuit murdered for his advocacy on behalf of his people.

Herbert’s path was distinctive. It was to stay with his people regardless, sifting through the ashes of the latest failure or dispossession to find grains of possibility. With the very poor and with those who accompany them there is no balance, whether on the scales of justice, between life and work, or between defeat and pride. There is only love and endurance.

This is a pure response to the Gospel, but it is not the only response. Herbert draws attention to a crucial meditation in the Spiritual Exercises in which the retreatant is invited to pray that ‘the Lord choose one for actual poverty, and that one wants, asks and begs it, if only it be the service and the praise of his divine goodness’. To follow this path is a grace.

Poverty as understood in this book is a gift, and like other gifts it is to be celebrated and shared in grateful, not in defensive, conversation. It remains at the centre of Ignatian spirituality, not to be domesticated or ignored, but as the light on the hill to reveal the directions of other paths and other more pragmatic aspects of any spirituality.