While much of Fr Quyen Vu SJ’s life as a Jesuit has been spent in the education apostolate, he says he’s looking forward to returning to Australia to become the next Provincial. 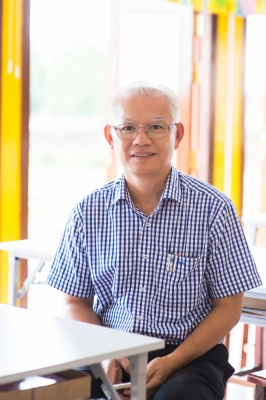 ‘For me it’s a new journey, a new phase, a new adventure’, he says.

He admits much of his life – both before and after he joined the Society – has been spent trusting in where God would lead him.

‘I’ve never asked for a particular placement. It was just letting go and surrendering to God’s will. For me, that has been my journey’, he says.

The eldest of six children, Quyen was born in Saigon, Vietnam, in 1969.

Quyen’s father was a member of the South Vietnamese Army during the war, and after the Communists took over the south in 1975 he was imprisoned.

In 1979, his father was being transferred from one prison to another when he saw the chance to escape. Quyen remembers his father returning home and telling the family to pack up and get ready to flee.

Quyen was ten years old, the oldest of four siblings at the time. They went to the coast, where they were to get a small boat to be transported to a fishing boat offshore. The boat was too small to hold all of them, so Quyen and his younger brother were sent first. His family did not make it to the fishing boat.

‘The captain saw another boat with lights on. He thought it was the communists’, says Quyen. ‘We left my parents and my two younger siblings behind. I did not know this. It was dark. We were dumped into a cabin. The next morning I came up looking for them and did not find them.’

There were 67 people on the fishing boat. Their trip was a traumatic one – they ran out of food and water, and pirates boarded the vessel not just once but twice.

After more than two weeks at sea, Quyen remembers, a boy his own age died of dehydration.

‘At that time I thought maybe my brother and myself would be next because we were young kids, and most of the others were teenagers or adults’, says Quyen. ‘It was very scary. All we could see was the ocean and the sky and the sea. No land, no greenery, nothing.’

Then, on the 19th day of their voyage, they spotted land – Malaysia. Quyen and his brother were brought to a refugee camp in Kuala Lumpur, the whereabouts of their parents and siblings still a mystery.

It was a few months before they learned, through their grandparents, that the rest of the family was safe. They had made another attempt to flee three months after their first. They reached the boat this time, and suffered similar conditions to Quyen’s on their journey. But instead of ending up in Malaysia, they were rescued by a British oil tanker and taken to Darwin.

Quyen’s parents were eventually accepted into Australia as refugees, and they sponsored Quyen and his brother to join them. By then the boys had spent a whole year away from their family. 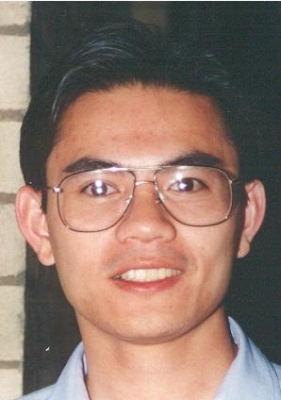 Quyen as a Jesuit scholastic.

St Patrick’s Parish in Asquith supported Quyen’s family, and so they went to live in Hornsby. He spent a year in an ESL school, then spent two years at St Leo’s College in Wahroonga.

His family then moved to the south of Sydney, and he went to the De La Salle-run Casimir Catholic College for Years 9 and 10, and then after a move to western Sydney, finished his secondary education at La Salle Catholic College in Bankstown.

After completing a Bachelor of Science at the University of NSW, with a major in computing and statistics, Quyen went to work. It was at that point he started to feel a call to something more.

‘I found myself very bored sitting in front of the computer and punching numbers and data for days’, he says. ‘At that time, I was wondering, “Is my life gonna be like this?”’

Catholicism had always been a part of Quyen’s family life. He went to Church each Sunday growing up, and continued to go each week into his twenties. He felt a desire to be a missionary, and started looking at religious orders – considering a few different options before deciding on the Jesuits after being introduced to Fr Ross Jones SJ.

‘I came to the “Come and See” weekend in Pymble back in 1993. I felt really at home there for some reason. So a few months later, the vocations director wrote to me and I wrote back and said, “Yes, I want to give it a go”.’

Life in the Society

Quyen entered the Society of Jesus in 1994, and undertook his novitiate at Pymble in Sydney. During his formation he spent time at Loyola Senior High School in Mount Druitt and St Aloysius’ College Milsons Point, and also did stints at the Jesuit-run school in Timor Leste. He did a Master’s in Education and Management at Boston College, and has spent the last decade building and establishing new Jesuit schools, first in Timor Leste and then in Cambodia. 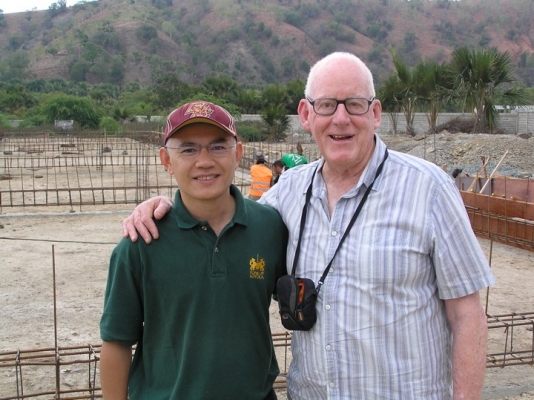 ‘I had the shock of my life’, he says, recalling what it was like being given the task of building the new school in Timor Leste. ‘I had no building background. I didn’t know a thing about construction. I didn’t know what a master plan was, or a structural design. But luckily when I went to Timor, Mark Raper (then President of the Asia Pacific Conference and Superior of the Timor Leste Mission) brought in experts.’

He remembers one of those experts, Neville Harpham, helping him rethink these big projects in a way that was less daunting –  not as challenges, but as opportunities for children to find happiness and joy.

‘From then on, in Timor and into Cambodia, I’ve always thought of the work as an opportunity, and looked at the number of children we are helping or will be helping in the future.’

Quyen says the people in Timor Leste and Cambodia taught him what it means to be resilient.

‘They  taught me not to give up’, he says. ‘Even though we face lots of obstacles and challenges, God is always there guiding us and leading us. And so, I learned to place trust in God’s love.’

The next stage of the journey

In his new role, Quyen says he hopes in particular to engage young people in the Province’s mission.

‘Youth is where life is’, he says. ‘That’s why I work in the school. I’m always with young people. They bring a lot of life – a lot of challenges, but also a lot of energy. There are no boring moments.’

His other priorities are nurturing the community of Companions with whom the Jesuits collaborate and the care of his fellow Jesuits.

‘For me it’s building relationships, caring for people, and bringing them closer to God, and also with one another. Without good relationships, our lives are not meaningful’, he says.