Making the Apostolic Preferences real in our lives

These preferences ask of each of us to wholeheartedly welcome this invitation to be companions of Jesus and servants of his mission of reconciliation, writes Fr Brian McCoy SJ.

Last week, on 19 February, our Superior General, Fr Arturo Sosa, announced four new Apostolic Preferences for the whole Society of Jesus for the next ten years. 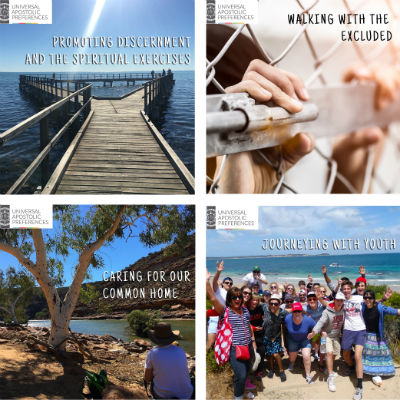 This had been a task given to him by GC36: ‘to evaluate progress on our current apostolic preferences and, if appropriate, to identify new ones. Discernment of such preferences should include the greatest possible participation of the Society and of those involved with us in our mission.’

These new preferences are the final result of 16 months of conversation and discernment involving local communities, regional conferences and a final discernment process involving Fr General and his consultants.

They were finally signed off by Pope Francis, who commented that they ‘are in agreement with the current priorities of the Church as expressed through the ordinary magisterium of the Pope, the Synods, and the Episcopal Conferences, especially since Evangelii Gaudium’.

While variously described as providing a horizon, a point of reference and an orientation, they invite the whole Society of Jesus to continue to discern in common how these preferences affect our apostolic planning, use of resources, networking and universal mission.

The four preferences are:

Over the coming months we will give further consideration to these new preferences and how they can be embedded in the life and culture of our Province.

We will continue to explore how they can become part of our own Province Apostolic Plan, which we aim to announce after Easter.

Most importantly, these preferences ask of each of us to wholeheartedly welcome this invitation to be companions of Jesus and servants of his mission of reconciliation. Let us move forward in hope to make these preferences real in our lives, Province and across the whole of the Sociey of Jesus.