Leadership focused on status or service?

In our Assembly this week, we appointed a number of school leaders for the coming year, writes Fr Ross Jones SJ, Rector at St Ignatius' College Riverview. Their appointment is not a reward for achievement, but an invitation to a deeper commitment.

Two years before Saint Ignatius’ College opened, Roger Vaughan, the Archbishop of Sydney (whose image in marble is in our College Parlour), let it be known that he had invited the Jesuits to Sydney to begin a school. A risky decision. 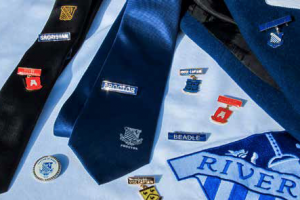 At that time, there was great suspicion of the Jesuits and their work. A number of Members of State Parliament publicly expressed their anxieties and their displeasure. So did many Anglican and Protestant clergymen. The Protestant Standard, one of the religious newspapers of the day, in a front-page article, suggested what would happen if a Jesuit school were allowed to open in Sydney. It warned:

The Editor feared the influence of our graduates in Sydney society. It was bigotry and distrust, of course. But, in another sense, it was at least recognising what those critics must have observed in graduates of Jesuit schools overseas. Ability, influence, leadership.

In 1551, only a few years after our first College was established for boys in Sicily, Ignatius’ secretary, Fr Juan de Polanco, listed fifteen goals of Jesuit education. He sent this list from Ignatius to all the Jesuit houses. It is interesting to note, that in those Reformation times of such hostility, there is no mention at all of schools training students to “defend the faith”. Not interested at all in forming Catholic Stormtroopers but rather in forming community leaders. The position is made clear in the last point. Polanco writes:

‘Those who are mere students now will later become either pastors of souls, government officials, members of the judiciary, or holders of some other public office; and since the boy is the father of the man, a suitable intellectual and moral formation given to young people will benefit many others and steadily further human development.’

Those schools were free, so the students came from all strata of society. But notice what Ignatius says. Of course he intends that the graduates will become influential people – Church leaders, government officials, judges, holders of high office. But it is not about riches and power. Ignatius underscores that all these professions will “benefit many others”. He further highlights that they will “further human development”. This is the antithesis of self-interest. This is looking after the other. Not amassing wealth, but what we call today a ‘social capital’ that embraces those on the edge. This is for building people up, not climbing over their backs for self-promotion. Not power, but service.

Ignatius’ dream was to enhance all that is of real value, all that shapes a generous heart, all that cultivates conscience, all that evokes a compassionate response, all that contributes to what is good, true and just. Everything that makes the human person flourish, that frees them to be fully human. And this remains our game plan almost five centuries later.

If these qualities are to be the hallmarks of our graduates, then how much more so are they to be the style of our school leaders? Sure, school leaders have status. Yes, they are marked out by titles, ties and badges, or by lines on blazers. But those are all means to an end. They are trappings that simply point to the expectations we have of them, that mark them out for service.

You know our present Pope is keen on using the image of the shepherd when he talks about leadership. Not like the proverbial Pitt Street farmer, who might own tens of thousands of sheep in the faraway west, who has managers to mind them, who occasionally views them through the tinted windows of an air-conditioned Range Rover, but who wouldn’t really know a dagging from a drenching. No. Francis is talking about a Middle Eastern shepherd who lives with his little mob night and day, guarding and guiding them. A shepherd who, as the Pope says, ‘lives with the smell of his sheep’ on him. Francis goes on:

‘This is why being Shepherds also means being ready to walk amidst the flock: capable of hearing the silent story of those who suffer, and of sustaining the steps of those who are afraid of not making it; careful to lift up, to reassure, and to inspire hope.’

This is the leadership to which he is calling us all. Leadership with a common touch. Walking among the sheep. Sleeves rolled up leadership. Servant leadership. That is the leadership we want. The kind of leader we strive to form. As a Jesuit, Pope Francis well understands that dictum of Ignatius: ‘love is expressed more in deeds than in words’. That is his way of leading – performance, not palaver. Francis shuns the lavish privileges of his high office. His first journey out of Rome was to visit a refugee camp. He washes the feet of prisoners and Muslim women. He embraces a man who inhabits the lonely exile of hideous disfigurement. He undoes bureaucracies that serve entrenched interests. Now there is a model for our student leaders. For us all. And not just for school days. For all days.

Not simply a slogan, but what we define and do daily.