To know, love and serve: Q & A with Alan Wong SJ

On the eve of his diaconate ordination, Alan Wong SJ looks back on the last decade of formation for the priesthood, which he describes as 'a journey into service'.

On 2 September, Alan Wong SJ will be ordained a deacon along with his Jesuit brothers Rob Morris and Nico Lariosa.

Alan entered the Jesuits in 2007. After undertaking his novitiate, philosophy and Chinese language studies, he embarked on his Regency work at a Jesuit high school in Hong Kong. He has been studying at Boston College in the United States for the last three years, but the call to be a missionary has stayed with him. 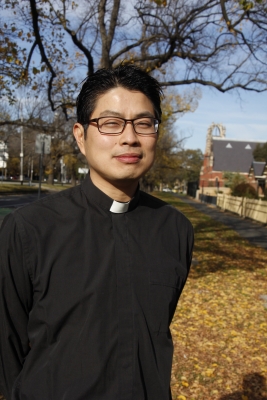 Q: You’ve spent a fair bit of time so far in China. Was that somewhere you always wanted to work? How did it come about?

My whole interest in China started as a little boy at St Aloysius’ College in Sydney. Fr Brian Moore, an Australian Jesuit, wrote a book, ‘Men for others’. We were given a copy when I was in Year 6.

I remember reading that book, and one of the stories was about Matteo Ricci. I was captivated by his story. Here was a man, of Italian heritage, joining the Jesuits and being sent to China, halfway across the world. Totally different from his culture.

When I entered (the Jesuits) it was a big part of me, that call to China. And it’s stayed with me ever since.

What are your own connections with China?

I was born in Hong Kong, and when I was five years old I immigrated with my family to Sydney. So, I do have a Chinese heritage.

Initially going to Hong Kong was partly an exploration of my own identity. But it also was linked with this whole mission aspect.

Did being there help you better appreciate Jesuit missionaries who went to China, like Matteo Ricci and Giuseppe Castiglione [an Italian Jesuit brother who served in the Chinese imperial court under three emperors]?

I first went to Taipei to learn Chinese. I remember going to the National Palace Museum. At that time, luckily for me, there was a Castiglione collection that was on display.

His works are amazing. His style brought a whole new perspective into Chinese art, introducing some European elements. But apart from the techniques, one thing that fascinated me was thinking about his whole life, being in the Forbidden City, serving the Emperor.

It just amazed me that this was a man who could do that. He probably spoke little Chinese, and he probably had little interaction with the wider community, but he could dedicate his life to doing that for the greater mission. 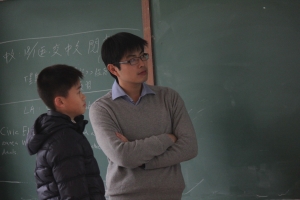 Are there any living Jesuits you look to as role models, in terms of how they live out their ministry?

When I was in Taiwan there was a Spanish priest who was 99. He’s been in Taipei for 50 years or so.

He spoke Chinese but it was very difficult to understand. But his ministry was just a ministry of presence. A joyful presence. His joy radiated so much that he would attract people.

It was just something that inspired me. In these contexts, there aren’t that many Catholics, so there isn’t as much of a call for the sacramental ministry. But he took his priesthood to a different level – it was a ministry of joy. It was something I thought was incredible. Because different people would be attracted to that.

What are some of the things that you’ve grown to understand about your vocation?

The biggest thing for me has been trust in God. I like to plan things out. But a lot of things are beyond your control. And trusting in God, and trusting that God will provide, is something that I’ve grown to do. Although I still struggle with it at times.

One example was going to study in Taiwan (before going to Hong Kong). I thought I would be going to Regency straight away, but the superiors suggested I do some language study first which would strengthen my foundation in Chinese. And I was sceptical because I thought I could just go in. But spending that year-and-a-half studying provided a lot of help in the ministry.

Soon you’ll undertake your diaconate ordination. What does it mean to you – being able to add that sacramental aspect to your vocation?

It’s been a calling for my whole life. And I think that ordination will complete me in a deeper way. I don’t know how to articulate it in words – I guess it’s an ontological thing. But in another way, it completes me, because priesthood is a calling to service as well. 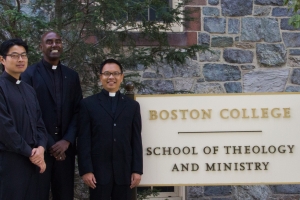 The last ten years have been part of that whole journey to service, and I think that’s the dimension that will really complete who I am.

You talk about a journey into service. What are the things that give you life as a Jesuit – what gives you a sense that ‘this is what it’s about’?

When I was accompanying the students to Cambodia (during my time at the Jesuit high school in Hong Kong). There was a time when we were basically walking towards a village – this was about halfway through the ten-day trip – I realised this was where I’m meant to be. With the people of God, in terms of the students, but also the wider world, even in a non-Catholic country.

That was where I really felt God’s grace, and that I’m meant to share God’s love with all these people in these settings.

It was a deep sense of peace and connection. Just realising that this was where I’m meant to be.

Alan Wong SJ talks about Jesuit missionary Matteo Ricci and how he inspired his own work in China.