Keeping the chips in the air

Jesuit philosopher John Martis reflects on his research, Christian philosophy, and the place of faith-based perspectives in public debate.

Jesuit philosopher John Martis is the author of Subjectivity as Radical Hospitality: Recasting the Self with Augustine, Descartes, Marion and Derrida. He spoke recently to Michael McVeigh about his research, Christian philosophy, and the place of faith-based perspectives in public debate.

How did you come to focus on philosophy as a field?

I was born in a Muslim country, Kuwait. When I was a kid we were among many different religions, particularly Islam and Hinduism among some of the Indians and others who were there. So the attraction to asking the questions purely before having some authoritative answers was strong. Even though my family is of strong Catholic origin, the freedom to investigate with the mind was quite attractive since my early days.

Could you talk about the difference between philosophy and theology?

The main difference is that philosophy works from reasoning, using the mind to work out answers to ideas, what things mean. Theology also uses reason, but it starts with revelation; working out eternal truths, but from the perspective of assuming that those truths have been revealed to us, that God has said something about it, using scriptures mainly, and tradition, and how people have interpreted scriptures down the ages.

I am mainly surrounded now by Catholics and Christians and doing Christian philosophy. I’m not formally doing any interfaith dialogue. I used to be a few years back, informally, in conferences and things. But philosophers you come across anywhere in conferences are quite likely to be, many of them, agnostic or atheist or of another faith. So in that sense, you come across them a bit. I don’t know if I discuss interfaith as much as I would like to.

Why is philosophy an important part of the formation of Jesuits?

It gives you in a sense the open-mindedness to tackle a question through reason without the early weight of faith, or presumed faith answers. Also it was thought that it was better that philosophy came before theology because once you had investigated the question in an open way, and found the answers from all directions to your questions, then you could add theology as a layer that integrated [those things].

It’s very good training in debate and argument. That becomes a tool to use, particularly when you’re talking to people who don’t have faith. If you want to bring the message of the Gospel to them, you can’t presume they start from a viewpoint that, ‘the Word was God’. You have to start from an open question, on say, ‘what is justice?’ Or ‘what is love’? Or ‘what is truth’? Which begins with experience rather than a theological or faith formula.

Certainly I think so. You have to say that in universities and in academia now that Christian philosophers … The majority of philosophers would not be Christian, and some would have a more or less militant approach to Christianity. They would consider that doing good science, and doing good philosophy, preclude having an allegiance to faith or to God. I think that would be a more common position.

We have had Christian philosophers in the recent past, a generation or so ago. Famously Max Charlesworth in Australian circles, Tony Coady and Brian Scarlett. Currently Kevin Hart is a philosopher who carries his faith strongly, but not militantly. He’s at the University of Virginia, and he was my doctoral supervisor when he was at Monash.

With some issues, such as same sex marriage, often there is a sense that faith-based perspectives should be excluded from the public debate. Yet I’ve heard it argued that that’s an abuse of the term secular — secular means multiple perspectives, not the exclusion of religion. From a philosophical perspective, how would we go about trying to create a different space for discussion where religious perspectives are allowed? 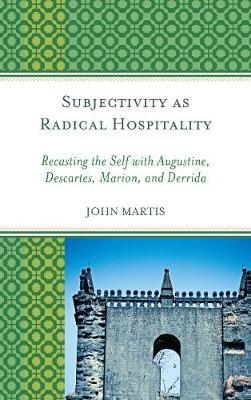 Someone like Fr Frank Brennan SJ has been good at that, being a person of faith, but speaking in the public forum on same sex marriage … My instinct would be, and seeing those that have been successful, that we bring a respect for the issues that isn’t coloured by our own faith-based perspectives in an absolutely pre-determined way. Being respectful of other views, genuinely respectful, becomes a way of expecting genuine respect for our views.

The other point is that if our views are taken as coming from a fixed point that has no room for change or listening, it becomes invalid in the public sphere, as we would also dismiss someone who had purely an ideology from which they come. An ideology is closed in a way a faith is not intended to be. It has a predetermined answer to everything. Our being able to stay away from that would become a condition for our participating, or being accepted in the debate.

[Here, John recalls a scene from the series Yes, Minister, in which a certain public servant is refereeing a debate between his two ‘bosses’. He appears to be agreeing with both, and so one asks him which side he’d be on when the chips are down. ‘Minister,’ he replies, ‘it’s my job to see the chips stay up.’]

That’s always been my line when you’re talking about alternatives — faith or reason, the church or secular government, or many of these other conflicts that arise. In a way, because we live in both spheres, keeping the chips up — keeping the dialogue going — is more important than coming down on a side that excludes the other.

Can we talk about your own day-to-day work. What are some of the things that you do?

I teach a variety of units — I’ve got six or seven that I teach. I teach everything from Plato to post-modernism. I’m the only philosopher there, so that’s what I do.

At the moment I’m teaching three units — one on proofs for God’s existence, another one on post-modernism and faith, and a third one, a reading unit on Indian religion called ‘Being and self in Indian religions’, looking at Hinduism and Buddhism. That’s the teaching part.

One of the really interesting books I’ve read recently is Charles Taylor’s A Secular Age. He does look at the self, and talks about the porous and non-porous self. Do you have a view on some of the things that are coming out in terms of how we construct our selves in this post-modern sense?

I enjoyed that book. He’s talking about enchantment and the recovery of the mystical, and the recovery of the sense of what is outside the self. We tend to live in a world where we absorb everything, but in a sense things like love, and you might say faithfulness, even deep enjoyment of life, come not from absorbing but being absorbed in something.

I think that what he’s getting at, and it’s part of what I’m researching too, is the whole idea of a self that’s willing to be in loss — that’s willing to lose itself in order to let the other in; even seeing that as part of the structure of the self is quite important.

But on the other side, a lot of modern philosophy, particularly post-structural philosophy with which I’m more familiar, accepts the loss of the self — that there is no fixed self, that the self in a way isn’t there, that whatever story you tell yourself at whatever particular time, that’s your self. People of course have multiple selves now — there’s the working self, there’s the self at home, there’s the self of whatever you’re interested in.

And in a way, there’s a decreasing need to keep those integrated. Maybe we suffer from the lack of integration, but often people don’t feel the need to integrate those. But I think there is a need to have a self, partly from a moral point of view. There needs to be a someone who is responsible — a self who accepts responsibility for action, responsibility for the way we address the world.

I think we do need a self, but the word you use – porous – is very good. We need a porous self, that includes the idea that the other — particularly the other in my self, all the other bits that are floating around when I pin myself down to a particular self — is always in there. So my account of the self is of its always being in loss — I call it the self-in-loss. The ‘loss’ is to an incursion, or a breaking in, of the other that’s always been there, before we realised it.

I think so. Particularly in regard to the other — both the other in our selves and the physical other, or an other with a point of view. A way of being and seeing ourselves whereby what the other represents is always within us already, it’s already within ourselves. And yet that doesn’t disintegrate us. But in some way it can integrate us, or it can, at least — we acknowledge that we are still one, that a me is still a me.

Jean Luc Marion, one of the foremost scholars on Augustine, says Augustine looks to another self, a self that’s given by God, which will in a sense stand alongside my own self, this self that’s out of control, and given a God-given perspective. I disagreed with that [in my book] because I thought Augustine himself actually knows that all these different selves, roaming as they are, are one self, and that gives him the confidence to explore the self.

That’s my perspective: we can keep the chips up, because we know that we’re not going to disintegrate. That it’s actually a way of yielding life. This has a few applications for what we do with physical others; whether we consider our identity is only earned at the cost of walling off others, or whether we think letting others in —the others of my self, or physical others in my territory — is going to be no threat at all, but rather part of being a self.

Subjectivity as Radical Hospitality: Recasting the Self with Augustine, Descartes, Marion and Derrida can be purchased here.