Carolina Gottardo comes to JRS from her current role as Director of the Latin American Women’s Rights Service (LAWRS) in the United Kingdom.

The Jesuit Refugee Service Australia (JRS) has announced the appointment of Carolina Gottardo as Country Director. 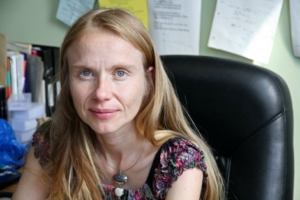 Carolina is currently the Director of the Latin American Women’s Rights Service (LAWRS) in the United Kingdom. She has had an extensive career in the fields of human rights, international development, and forced displacement, having worked for the United Nations Development Programme (UNDP), the UK’s Catholic Agency for Overseas Development (CAFOD), the British Institute of Human Rights, and the British Red Cross.

Carolina has also served as the National Policy and Research Director of the Refugee Council of Australia.

She holds degrees in law and economics from the Universidad de los Andes, Bogota, Colombia; and a degree in International Development Management from the London School of Economics.

Carolina will take up the position on 27 March 2017, stepping into the role vacated by Fr Aloysious Mowe SJ, who has been appointed as the Director of Advocacy and Communications at the JRS International Office in Rome.