The special screening of Marin Scorsese's new epic Silence will take place at Kino Cinemas in Melbourne later this month.

Jesuit College of Spirituality will host a screening of Marin Scorsese’s new epic Silence at Kino Cinemas in Melbourne later this month. 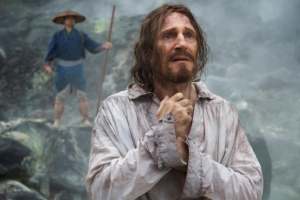 The film tells of two Jesuit priests who travel to 17th century Japan, which has, under the Tokugawa shogunate, banned Catholicism and almost all foreign contact. There they witness the persecution of Japanese Christians at the hands of their own government, which wishes to purge Japan of all western influence.

The screening will take place on Tuesday 21 February 2017. Tickets are $20 and can be booked online. For more information contact Katica Buccheri on 03 9448 8276 or email enquiries@jcs.edu.au.

This event will be followed on 6 March by an Open Day and Blessing at the Jesuit College of Spirituality, 175 Royal Pde, Parkville, Vic., from 2–4pm.

There will be opportunities to meet faculty and staff, learn about courses, and take a tour of the college’s new premises.