Irish Jesuit on the path to sainthood

There are a number of direct connections between Fr John Sullivan SJ, who will be beatified next month in Ireland, and the Australian Province.

Fr John Sullivan SJ will be beatified on Saturday 13 May 2017 in Gardiner St Church, Dublin — the first ever beatification ceremony to take place in Ireland. It will certainly be a great celebration for the Jesuits and the Church in Ireland. But the impact of Sullivan’s ministry extends far beyond. 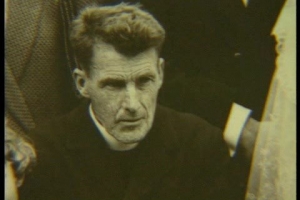 John Sullivan was born in Dublin in 1861. His father was Lord Chancellor in the Irish Government and the family were part of the upper class social life of Dublin. His father was a member of the Church of Ireland (Anglican) and Sullivan was baptised in that church six months after his birth.

He was educated at Portora College in Inniskillen and then Trinity College in Dublin, graduating in 1883 with a gold medal in classics. After graduation he went on walking tours of Europe, including a stay of several months at the orthodox monastery of Mount Athos, where he learnt modern Greek.

He later lived with one of his brothers in London and worked as a barrister. His highly intelligent mind was filled with questions and doubts about his faith, and his inquries led to his being received into the Catholic Church in December 1896 at the Farm Stree Jesuit parish in London.

Sullivan went on to join the Jesuits at Tullamore in 1900 and was ordained in 1907. From there he was appointed to Clongowes Wood College where, apart from five years as superior of the Jesuit community at Rathfarnham Castle, he spent the rest of his life.

He was not a good teacher and was apparently more interested in the boys’ spiritual, rather than academic, performance. However he had a huge impact on his students and some wrote home, ‘We are being taught by a saint’.

Clongowes had a public church and Sullivan spent much of his time working in the parish, visiting the sick and the dying and giving help to the poor. Many stories exist of him blessing and praying over seriously ill people who were then cured.

At one time two Jesuits walking on a road outside the college came upon a lady with a donkey cart bearing a 12-year-old girl who had been crippled since birth. She asked whether Fr Sullivan was at home as she wanted his blessing for her daughter. A couple of weeks later the same two Jesuits met the woman again, with her daughter walking strongly next to her.

In February 1933 Fr Sullivan became suddenly ill and was moved to hospital in Dublin, where he died on 19 February. His funeral at Clongowes was huge and he was buried in the Jesuit cemetery at the college. In 1960 his body was moved to Gardiner Street church as part of the process towards canonisation.

There are a number of direct connections between Fr Sullivan and the Australian Province. Fr Fahy, a former Provincial of Ireland who came to Australia as Vice-Provincial and then became Master of Novices and Tertian Director, was ordained a year after Fr Sullivan and held him in high regard.

Fr John Corcoran also came to Australia as master of novices and taught his novices about the holiness of three Irish Jesuits he knew — notably Fr Sullivan. Later novice directors Fr Edward Riordan and Fr John Monahan also highlighted Fr Sullivan as an outstanding example of how to be a Jesuit.

Fr Sullivan’s ministry might have been largely from Clongowes but it has carried far beyond the school to the whole of Ireland and indeed to many people in Australia, borne by those who witnessed and were inspired by it.