A number of those present were able to provide in detail an update on their recent activities in service to the Intellectual Apostolate.

Fr Sacha Bermudez-Goldman SJ opened the gathering with a presentation on the research for his recently completed PhD, which looked at ways to re-interpret the Ignatian Spiritual Exercises for displaced people. 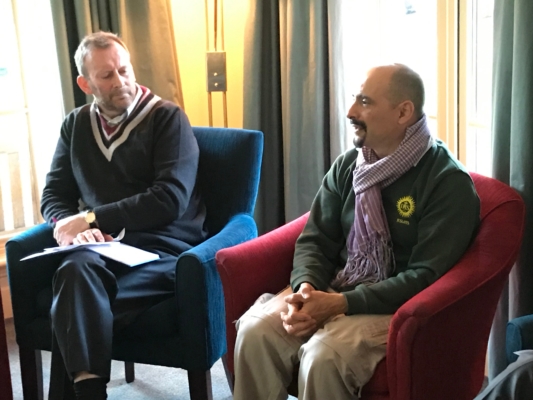 The thesis, he said, was written for two audiences: ex-refugees, and future givers of the Exercises. It aimed, he explained, to provide to those giving the Exercises to people who have experienced displacement, the information they would need to be sensitive to their circumstances and avoid re-traumatising them.

Jesuit scholastic Matthew Pinson, who has a PhD in physics, unpacked some of the mathematical formulae that underpin the research he has been doing into self-folding origami, a technology that has implications for anything from space travel to the construction of shelters for the homeless.

For a change of pace, Fr Chris Horvat SJ performed two of his recent compositions on the piano accordion: his first new accordion compositions in over 48 years.

The first was Romance No. 3 ‘Longing’, composed in November following an eight-day retreat he did at Faber House. ‘It was an attempt to capture in sound something of what I felt at the end of the retreat’, said Fr Horvat. The second was Impromptu, in which Fr Horvat aimed to capture something of the spirit, though not the style, of Elena Kats-Chernin’s Russian Rags for piano. 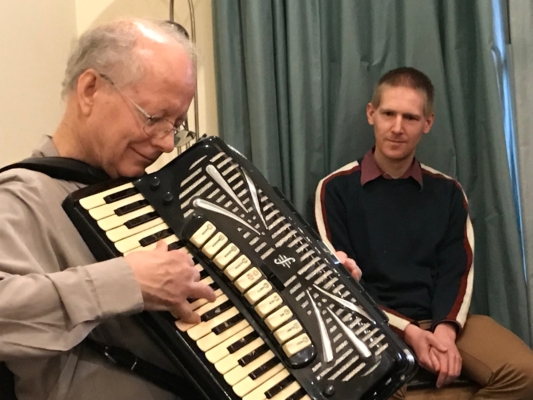 Sarah Cook, student liaison officer at Jesuit College of Spirituality (JCS), went on to provide an overview of her own PhD research, which concerned the gospels of Mark and Matthew in the context of the early Church.

Specifically, it explored whether or not the differing approaches of these two gospels reflected the conflict and debate in the early Church over whether Gentile converts to Christianity needed to follow the ritualistic aspects of the Torah.

Deborah Kent, Head of JCS, then provided an update on the college’s recent activities, which included the implementation of a Graduate Diploma in Supervision — a professional award that JCS is the only institution to provide.

Due to a renewed focus on marketing, she said, JCS has enjoyed a 16 per cent increase in enrolments in the past year — the highest increase of all colleges at the University of Divinity. While JCS is professionally healthy, there is an ongoing desire to increase the level of Ignatian theological knowledge that it can draw upon. 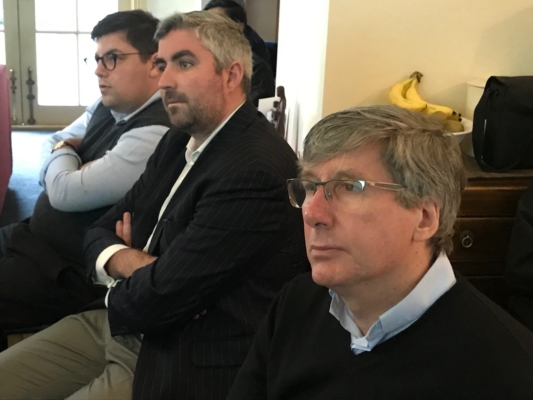 After dinner, a session was dedicated to some discussion about the recently announced Province Apostolic Preferences; what they mean for the Intellectual Apostolate, and how they could best be served by researchers and other academics.

A number of topics and ideas were canvassed, including the question of developing communication skills across the Province; of developing an Intellectual Apostolate ‘face to the world’, such as a regular publication; of contributing to the in-depth articulation of what the Province’s priorities might look like in practice; and on the importance of wide reading and sharing of skills.

These will be matters for further discussion at future meetings.

During the gathering, all present were invited to provide a brief update on their recent activities in service to the Intellectual Apostolate.