Jesuit Refugee Service has put out an urgent appeal after the Australian Government announced cuts to income support for people seeking asylum in Australia.

The Australian Government this week announced that it would cut income support for people seeking asylum, affecting many people who have been transferred to Australia for medical reasons from offshore detention in Nauru and Manus Island. 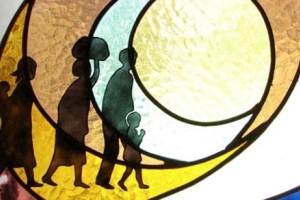 Jesuit Refugee Service has issued an emergency appeal for support for these people, saying that the cuts put them at risk of homelessness.

‘It concerns me and everyone at JRS that this is just the next step in a long line of decisions made by the government that puts the most vulnerable people in our community at even greater risk’, said JRS Director Caroline Gottardo.

‘These people are already living in poverty, yet the government has announced that vital fortnightly payments of roughly $200 are to stop immediately. People seeking asylum have been given three weeks to find their own accommodation as well as being told to make arrangements to leave the country.

‘The announcement made by the government is incredibly cruel and dehumanising and will send people seeking asylum even further into destitution. The people who have been detained on Nauru and Manus have been imprisoned without committing a crime and their health and mental health has significantly deteriorated leading to their medical transfer to Australia. This includes a number of women who have experienced sexual assault. Given the trauma that people have already experienced the chances of them being able to find work are extremely low.

‘While we have not been informed as to how many people will be affected, it’s thought that as many as 400 single people and people in family groups who had been brought to Australia from Nauru and Manus Island for medical treatment, including a woman who may be pregnant, are being called this week to meet immigration officials to be given the news. Their immediate assistance will fall to refugee services like JRS.

‘While the Australian government insists that people being processed on Nauru and Manus Island will never be resettled in Australia, they have allowed some single women and men, families with young children, and expectant mothers to come to the Australian mainland for medical treatment. This group of medically evacuated people seeking asylum are some of the most traumatised and the most vulnerable. Yet, they are now being forced into destitution, and worse, possibly risk being sent back to life threatening situations by a government who committed to protect their rights under the Refugee Convention.

‘This is your chance to make a difference to people who have been turned away simply for pursuing their legal right to safety. Indifference to their plight is not an option so please send your generous donation today.’

Donations to Jesuit Refugee Services can be made via their website.