Going deeper into the language of Christianity

‘A Christology of Religions took me back along many of the paths I had followed, inviting a richer understanding and integration of what I had found along the way,’ writes Fr Andrew Hamilton SJ.

Some books come as grace as well as gift. They unexpectedly deepen our understanding and enrich our understanding of our own experience. A Christology of Religions, by Fr Gerald O’Collins SJ, was one such book for me. It invited me to consider again aspects of Christian faith that I had neglected in my pursuit of other important insights. My review, then, necessarily begins with myself rather than with the book. 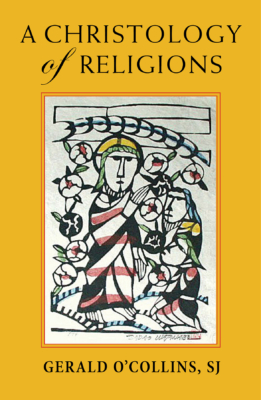 Central to Fr O’Collins’ account is his emphasis on the priesthood of Jesus Christ. In my own theological study and early experience of ministry I had turned away from the language of priesthood, associating it with a narrow focus on sacrificial ritual and on the internal life of the church, all couched in an archaic language. I associated the Catholic emphasis on priesthood with clericalism, preferring to speak of ministers rather than priests.

These prejudices reflected my personal journey from a narrowly Catholic world to a diverse world in which the Church was only one part, a world in which I saw at first hand the high personal integrity of people outside the Catholic and Christian churches, particularly of refugees or prisoners.

My own ministry, too, has called on me to speak of faith in a public language in which cultic symbols and expressions are foreign, and in which it is usually more profitable to speak simply of the following of Jesus. I had also become aware, however, that when this preference for public language becomes habitual, it can also become thin, losing savour both in church and world.

In a review for a public audience of A Christology of Religions I have explored the place both of communal and public languages.

Reading this book took me back along many of the paths I had followed, inviting a richer understanding and integration of what I had found along the way. O’Collins explores the New Testament, notably the Letter to the Hebrews, for evidence of God’s invitation to those outside the Christian church. He focuses especially on the priesthood of Christ, the central theme of Hebrews.

Far from focusing attention on church ritual and relationships internal to the church, his treatment of Christ’s priesthood opens out into affirmation of the people and of the responses to which I had been drawn on my own journey. They appeared no longer incidental or marginal to Christian faith but woven into its core.

At the heart of priesthood in any context is connection between God and human beings. Christ makes that connection at many different levels. As the Son of God he is active in creation and later takes on human form. There he commits himself and us to God in his suffering and death. In rising from the dead he joins us to life. He is present with us through the Holy Spirit, intercedes for us, and joins us to his offering of himself in the Eucharist.

At all these levels, the connections Christ makes run through his disciples but also extend beyond them to the whole world. The ‘us’ with whom God identifies and loves is not exclusive of a ‘them’. This means that God discloses himself to people who are not Christian, is present to people in their common as well as their individual lives, joins the sufferings of the poor and persecuted to his own, hears their prayers, and is acknowledged by their perseverance.

The Letter to the Hebrews offers a rich backdrop to this inclusive picture of Christ’s priesthood. It particularly emphasises the connections that are made through weakness: Jesus’ own and that of the people whom he represents.

The heroes of faith who are praised in the Letter include people who came before him and who did not know him. It is not their explicit faith that connects them to Christ but their perseverance through suffering. The intercession that Christ makes, too, is not simply for his followers but for all human beings. Priesthood, whether of all Christians or of church ministers, involves giving one’s life to others, and particularly those suffering as Jesus did, keeping them in prayer joined to Christ, especially in the Eucharist, and speaking on their behalf.

In his book Fr O’Collins makes it clear that these are not the extra activities that good Christians take on but are central to the Gospel and to the living presence and activity of Christ.