From the classroom to Sevenhill

In January 2022, Fr Kieran Gill SJ was appointed as Parish Priest of the parishes of Sevenhill-Clare-Manoora-Riverton in the mid-north of SA.

In January 2022 Jesuit priest, Fr Kieran Gill SJ was appointed as Parish Priest of the parishes of Sevenhill-Clare-Manoora-Riverton in the Archdiocese of Adelaide. It’s a new role for the 38-year-old originally from Melbourne, Victoria.

Fr Kieran joined the Jesuits in 2008, attracted by Jesuit spirituality’s emphasis on companionship with Jesus and by the way so many Jesuits saints through history have served in places of great need. That initial attraction led to participation in retreats for young adults and guidance from Jesuit spiritual directors who helped him to develop a life of prayer and follow where the Lord was leading.

After a two-year Novitiate, a time for ongoing discernment through various experiences of Jesuit community and ministry, there followed study in Melbourne, pastoral ministry in Adelaide, and then further theological studies at Boston College in the United States. 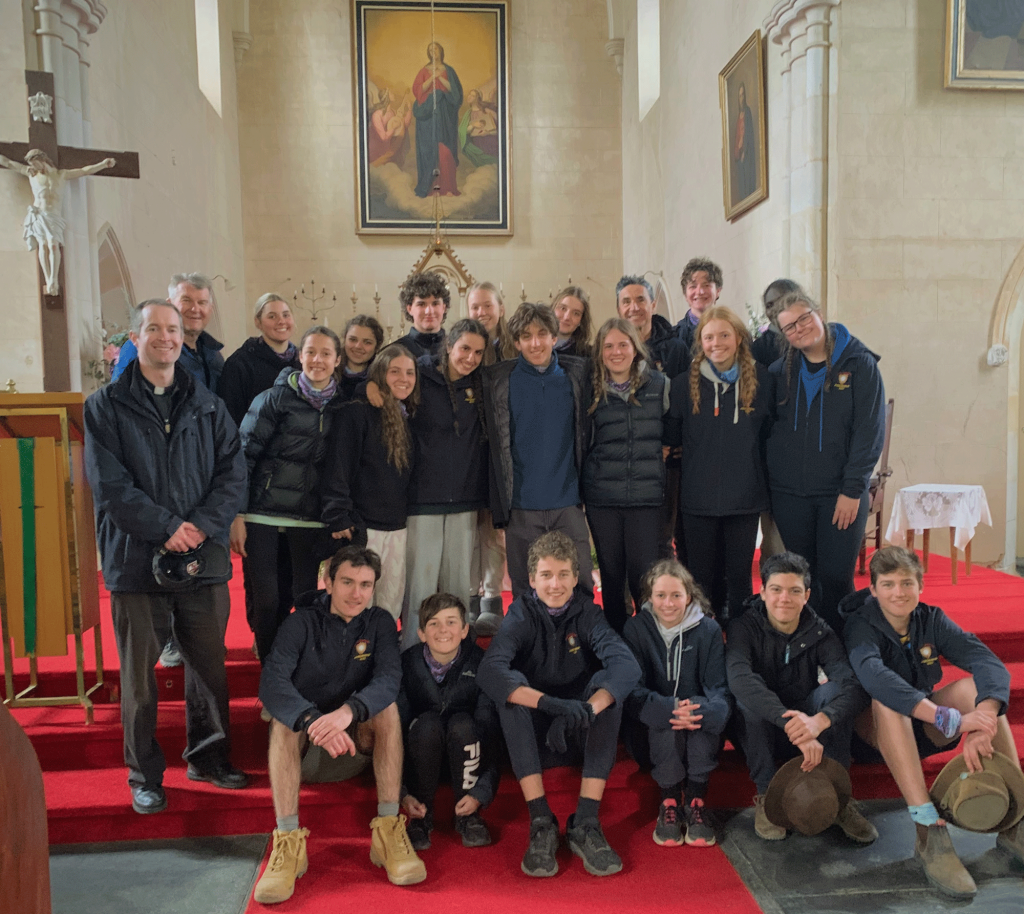 Fr Kieran Gill SJ (left) with Fr Peter Hosking SJ (behind him) and the Saint Ignatius’ College Year 10 students during a visit to St Aloysius Church on the way back from their immersion in the Flinders Ranges.

In 2019 Fr Kieran was ordained a priest and was missioned to be an assistant parish priest at St Ignatius’, Norwood in Adelaide. The following year he was missioned to the Jesuit school in Adelaide, St Ignatius’ College, where he taught classes in legal studies, history, and religious education. He also acted as a chaplain to students and staff. Before long the Jesuit Provincial, leader of the Jesuits in Australia, had a new assignment for him.

“I was enjoying my previous work as a school teacher and chaplain,” says Fr Kieran, “and I was surprised when the Jesuit Provincial asked me to become a parish priest, but I immediately said yes. It was consoling to receive this new mission – I joined the Society of Jesus to serve wherever I could be of greatest service, and the Society of Jesus and the Archbishop of Adelaide have given me a great gift by appointing me parish priest here.”

“At Sevenhill, it’s a blessing to both live and work among the people of the Clare and Gilbert Valleys, and to welcome numerous visitors”, he says. “Priests are called to be with people in both joy and in sorrow, and to help people to be touched by the Heart of Christ which beats with love for every single person.” 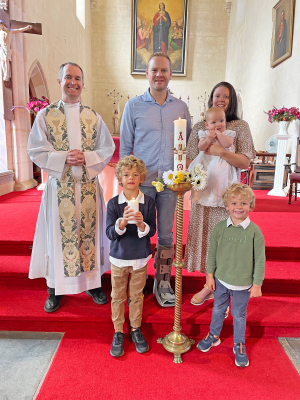 Fr Kieran’s vocation to Jesuit and priestly life is sustained, he says, by living and working with people of great generosity. These relationships, along with prayer, the liturgy and the sacraments, have been incredibly life giving for him.

Testing positive to Covid on Good Friday in his first year as a parish priest was deeply disappointing as it meant he could not celebrate the Easter Triduum, the high point of the Church’s liturgy, in his new parish. But the separation from parishioners at such an important time only confirmed his care for them, and theirs for him.

“During my time in isolation I was overwhelmed by supportive messages and assistance from parishioners and friends at Sevenhill. When I returned to Mass after isolation ended, everyone welcomed me so generously and I felt so deeply at home here in the Clare Valley.”