An environmental conversion of the heart

Neither the threat to the environment nor poverty can be addressed simply by higher economic growth and by better technology. It requires a conversion, writes Fr Andrew Hamilton SJ. 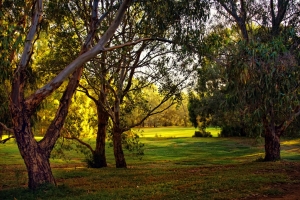 In a poor suburb in our city there is a little park. It stands out because everywhere else developers have been allowed to pack houses, so increasing their profits.

Until recently the park was a mess – full of broken glass, plastic waste, syringes, broken seats, tyre ruts where cars have practised donuts and graffiti on the surrounding fences. It was avoided by the local people who felt helpless in the face of the mess made by so many alienated young people with nowhere to meet.

Some of the local families got together and decided to do something about the park. They organised a cleaning bee to remove the graffiti and clean the rubbish. They pressed the council to renew the fencing and the seats, install a BBQ and to tend the grass and trees. Then they asked why the park had been so trashed. They recognised that so many young people in the area were disadvantaged in so many ways – in dysfunctional families, poor physical and mental health, lack of education and employment, and had so little public resources compared to those in much more affluent suburbs. They realised that if they were to keep their park a pleasant place where people could meet peacefully they faced a bigger challenge. They had to find ways in which young people could connect with society.

The story of the park is a parable for World Environment Day. The discovery made by the local families echoes Pope Francis’ message in his Exhortation Laudato Si’! He insisted that care for the environment and care for disadvantaged people stand and fall together. In a selfish society in which people simply look after themselves and their own interests, both people and the natural environment will suffer. And when people are neglected the environment suffers further.

That is why Pope Francis argues that neither the threat to the environment nor poverty can be addressed simply by higher economic growth and by better technology. It requires a conversion in which we first notice the natural beauty of our world and of our most disadvantaged brothers and sisters. Then, like the families who took responsibility for the park, we shall be outraged by the way in which our environment is ruined for our children and young people are allowed to wither.

Then we may do the little things needed to clean up our personal environment, adapting our use of electricity and gas, our travel, our investments and so on. And we may support people who are disadvantaged in our community. That will lead us to press for change in an economic framework built on rewarding greed and punishing disadvantage, insisting that it must allow all people to share at the table of the world and respect its beauty.

That is the kind of conversion that Jesus calls for in the Gospels: to recognise God in the beauty of the world and in other people, to be overwhelmed by the love that made the Son of God join us in sharing our poverty amid the beauty of fields, mountains and lakes, and to follow Jesus in care for our world and our most harried brothers and sisters.