The Ignite Conference was back in both Brisbane and Sydney this year after a hiatus during the pandemic. Fr Robin Koning SJ gave workshops and hosted a Jesuit vocations stall at both events.

Last month, Fr Robin Koning SJ spoke at both the Brisbane (22-25 September) and Sydney (29 September – 2 October) Ignite Conferences. After some hiatus during the pandemic, the conferences once more brought together young adults, high schoolers and children together with their families, teachers, priests and religious from around the nation to experience evangelisation, formation, encouragement in faith and powerful worship.

The four-day events featured entertainment with an opening party, rallies, keynote speakers, Masses, Reconciliation and workshops. There was also an expo with stalls from a range of Catholic organisations. Here Fr Robin hosted a Jesuit vocations stall and was available to talk to anyone who wanted a chat. “It was encouraging to hear testimonies of seminarians and religious whose vocations had been nurtured at events like Ignite,” said Fr Robin.

One thing that helped attract people to the stall was an iPad with a simple app created by Matthew Pinson SJ: “What Jesuit saint are you?” After answering a series of questions on the app, the young participants were connected with one of the 20 Jesuit saints featured, and received a holy card of that saint. They would often then go tell their friends to come and have a go to see who their saint was.

Participants had a wide range of workshops on offer. Fr Robin gave two workshops at each event, one focused on the Examen Prayer and the other on Ignatius’ wisdom on the discernment of spirits, especially his advice on how to deal with spiritual desolation. “It was good to be able to offer workshops on Ignatian spirituality as part of the mix available to the young adults, and to see people responding appreciatively to this offering,” said Fr Robin. 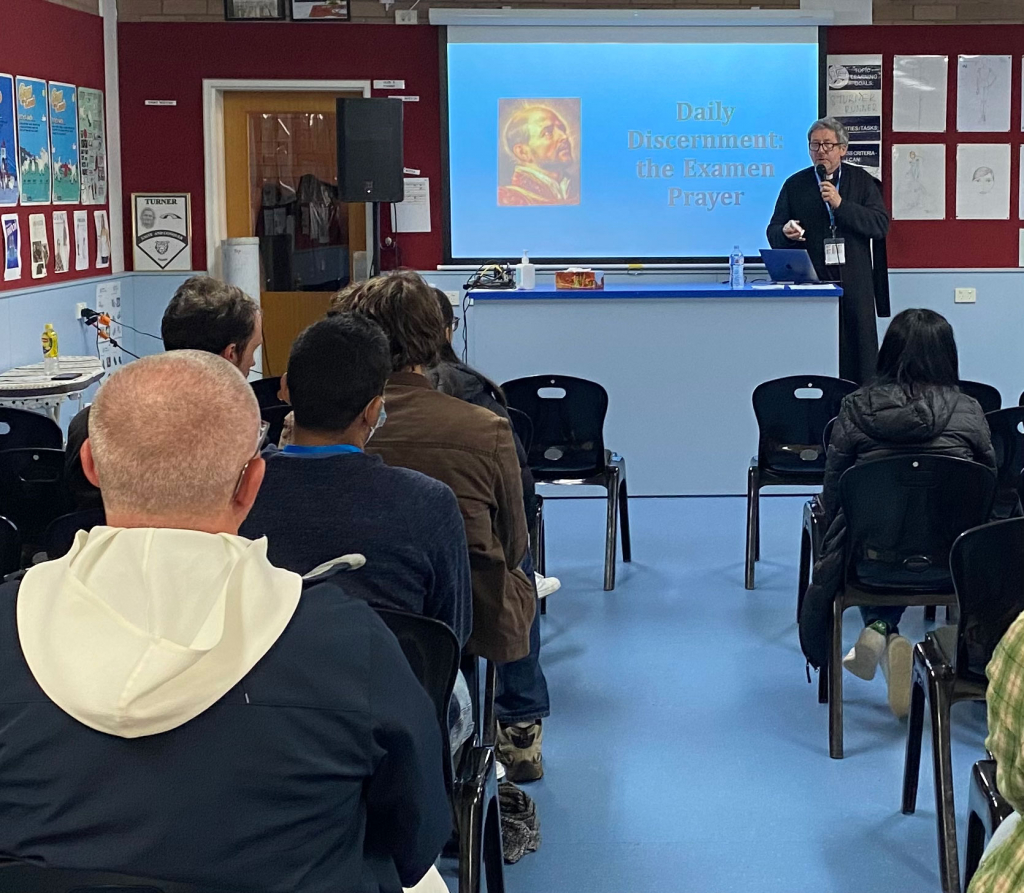 At the Jesuit stall at Brisbane Ignite, Fr Robin was also visited by students from Jesuit companion school, Xavier Catholic College, Ballina. David Eyles, the Leader of School Evangelisation and Ignatian Coordinator at the college found it to be a rewarding experience which had an element of professional development that was beneficial for him personally as a Catholic religious educator. “There’s a tremendous sense of consolation and inspiration joining a very youthful and enthusiastic community for praise and worship” said David. A veteran of many Ignites, David also emphasised that “it inevitably rekindles my enthusiasm for my baptismal vocation to share the Gospel.” 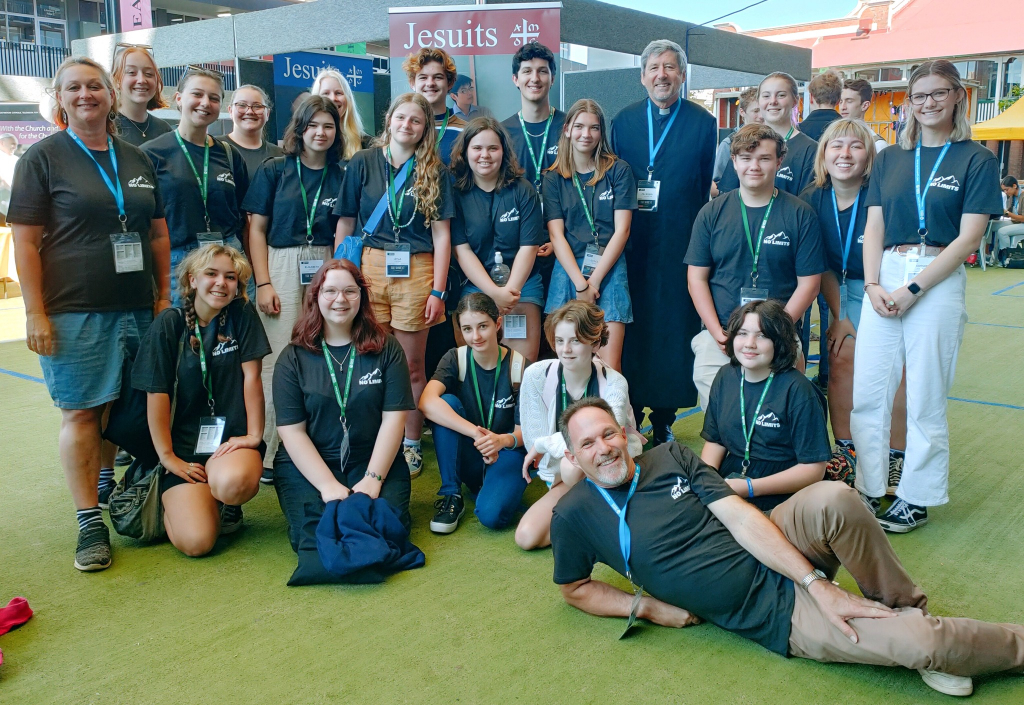 At Sydney Ignite, Fr Robin met a few primary school students and their parents from St Aloysius’ College, Milsons Point. They were with a group from the Chinese Catholic community who had connections with another Australian Jesuit, Fr Alan Wong SJ, now working in Hong Kong. 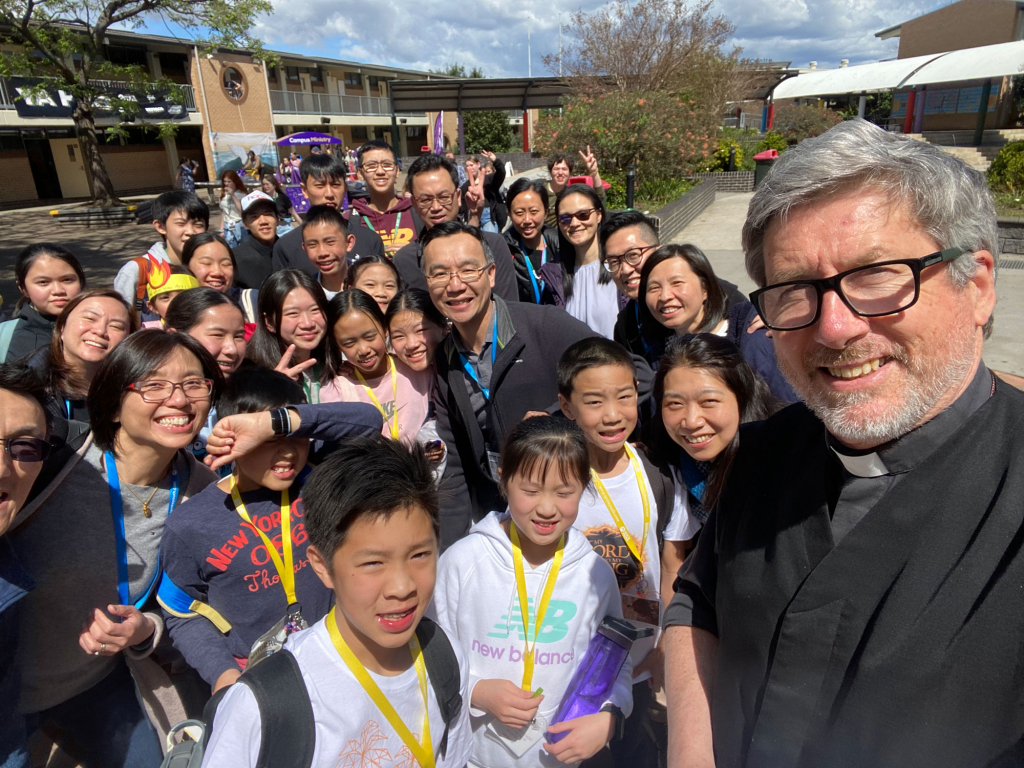 Fr Robin meeting with a group from the Chinese Catholic community at the Sydney event.

This assessment was echoed in the testimony of Oliver Dwyer, 2023 College Captain, Xavier Catholic College, Ballina.

2022 was my first Ignite Conference – and it was amazing. I’ve never experienced anything quite like it in terms of prayer – and the speakers were really inspiring. It was great travelling with a big group (nearly 300 of us from Lismore Diocese) and it was great having Youth Ministry Officers from my school and the other Lismore schools travelling with us. Some of the Year 12s who went have already decided they’re going to spend a year in Ministry post-school as Youth Ministry Officers and I’m thinking that might be something for me too!