Jesuit Social Services will celebrate its 40th anniversary of standing in solidarity with some of the most marginalised members of society at its Annual Dinner, to be held at 7pm on Saturday 25 March 2017 at Sofitel Melbourne’s Grand Ballroom. 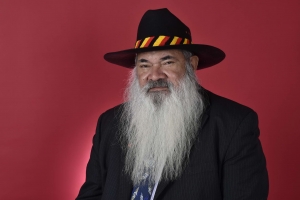 Senator Dodson is a Yawuru man from Broome and Western Australia, who has previously served as inaugural Chair for the Council for Aboriginal Reconciliation and a Commissioner in the landmark Royal Commission into Aboriginal Deaths in Custody.

The event will also feature a special live performance by legendary Australian singer-songwriter Archie Roach AM, a five-time ARIA winner and prominent supporter of social justice.

Guests will receive an insight into Jesuit Social Services’ history, which began in inner-city Melbourne in 1977 to provide housing for young men exiting prison and now supports more than 5000 people a year through more than 20 programs in Victoria, New South Wales and the Northern Territory.

The event will feature a range of exciting live and silent auctions and other fundraising opportunities, which will raise money to support the ongoing work of the organisation.