Companions of Jesus and Companions to one another

Australian Jesuit Provincial Fr Quyen Vu SJ reflects on what the First Companions can teach us about being companions to one another today.

From the beginning, Ignatius did not want the Society of Jesus to be named “Ignatian” after himself but instead chose to call members “Companions of Jesus” – directing the First Companions toward Christ Jesus rather than himself.

Companions work together for a common goal. They do more than collaborate; they are friends inspired by the same spirit, principles and charism.

Historical documents reveal the First Companions felt “called to make offerings of greater moment . . . offering their whole selves to serve God.” They asked to be placed under Christ’s standard and to “put into practice their union with Christ and his power as a grace of the Spirit of the Lord.” [1]

Each of the Companions wanted to feel “that he thinks with Christ’s thoughts, wills with Christ’s will, and remembers with Christ’s memory; that he is and lives and acts no longer as himself but completely in Christ.”[2]

According to the Deliberations of the First Fathers, those who gathered as friends with Ignatius to discern how to live their companionship, they unanimously decided, after prayerful discernment, to become a body in which each would care for the others, strengthening their bond of union through mutual knowledge and sharing in each other’s lives. They were united in hearts and minds to seek God’s will according to their vocation.

The First Companions knew that becoming a body was key to their existence and mission in serving God and the Church.

The pandemic has distanced us from one another as well as affected the way we relate to each other, the way we work, socialise, entertain, play, and pray too. Social distancing has become the norm whenever we enter a bank, a post office or a medical facility. 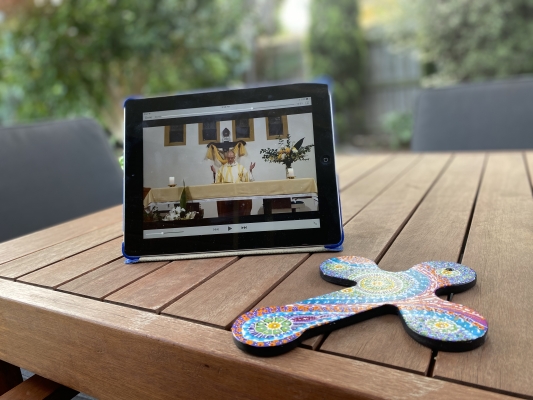 Last year as the first wave of the pandemic occurred, I was in Cambodia at Xavier Jesuit School. Our students suffered immensely when schools were locked down due to the pandemic. The students were affected academically, socially and psychologically. Most of our students were not able to get access to the internet, let alone access to online learning, as they had no smartphones or laptops. Their families were affected economically, as work was restricted, with factories, shops and borders closed all over the country.

After the lockdown was lifted, it became clear that the thing the students missed the most was the interaction with their teachers and fellow students. It confirmed for me that interacting with one another is an important aspect of being human. 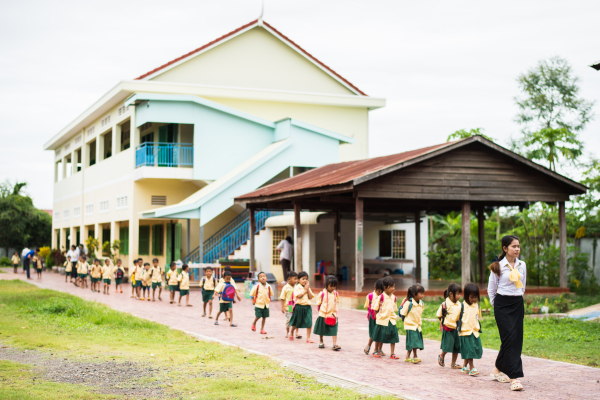 The pandemic has challenged us to look at new ways of being “Companions”, of being in relationship and of being together. It is currently challenging us to find new ways of relating, of breaking and sharing bread together.

Ignatius and the First Companions understood the importance of coming together to share a common purpose; therefore we, too, are challenged to find new ways of being “Companions” to one another with united hearts and minds in our mission for the greater glory of God.