Fr David Strong SJ’s monumental two-volume history of the Jesuits in China is the most comprehensive study of the Order’s second period in the Middle Kingdom.

China has always bulked large in the Jesuit and Catholic imagination and that focus is currently being renewed by the interest of the present pope, Francis, who volunteered as a young man for the Jesuit mission in Japan. He was unable to go for health reasons. 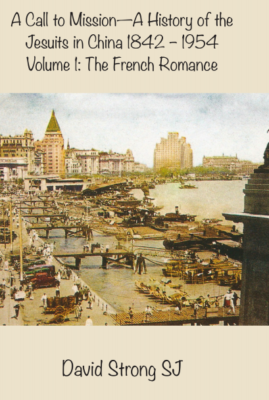 The two volumes of Fr David Strong SJ’s latest work, A Call to Mission, A history of the Jesuit mission to Jiangnan, 1842-1954, cover the controversial period from the Opium Wars and the so called Unequal Treaties to the victory by Mao Zedong and the People’s Liberation Army in the post WWII China’s civil war that the Communists fought with the Nationalist Kuomintang army led by Chiang Kai-Shek.

During the 107 years that China remained open to the arrival of missionaries, some 1,121 Jesuits from Europe and North America came to the country from nine Provinces of the Order in France (two Provinces in France sent missions), French Canada, Italy, Austria, Spain, Hungary and the last to arrive (1935), Jesuits from California. They collaborated with 286 Chinese Jesuits.

Strong’s book traces the arrival, growth and expulsion of the foreign Jesuits, all of whom had left the People’s Republic by the early 1950s, leaving over 100 Chinese Jesuits in charge of their legacy and to face the hostility of the Communist victors in the civil war. Jesuits in training were evacuated to Hong Kong, Taiwan and the Philippines.

The outstanding feature in Strong’s book is that it takes the reader across the vast land of the Middle Kingdom and details conditions and events as they occur from local accounts in that century. The Jesuits are inveterate keepers of diaries and calendars: every Jesuit house has its own ‘house history’ and individuals supplement these daily records with articles and correspondence in a dozen languages. 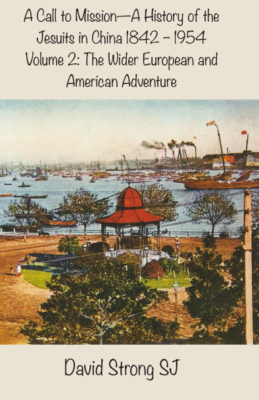 Strong has been to archives in three Continents to examine material in Latin, French, Italian, Spanish, Chinese, Hungarian and English. Where his own command of these languages was lacking, translations of documents were done for his examination.

The work is in two volumes, all alive to the convulsive time in Chinese history the period under consideration chronicles. The first is dedicated to the by far the greatest investment of personnel and resources – that by the Jesuits from France. The second volume examines the works, community life, attitudes to China and the Chinese people and its indigenous Church and the works of the other Provinces in different parts of China.

The volumes are enhanced by maps and photographic records of the locations, places and people in the Jesuit mission areas. The author concludes his treatment with an assessment of what the Jesuits in China thought they were doing and what those thoughts have to say to the way Christians should approach China today.

David Strong’s A Call to Mission is a ground-breaking achievement that will trigger many more researchers to go deeper into particular missions and localities, attention to which is awaiting their inspection. For now, Strong’s book is the benchmark.

The two volumes are published by ATF Press. You can see more about the publisher at www.atfpress.com The work will be launched in Sydney, at the Ron Dyer Centre, 42 Ridge Street, North Sydney NSW, Australia, on Feb 19, 2018.