On Monday, students, teachers, religious and education leaders gathered at 10:30am for Masses in cathedrals, churches and schools around the country to celebrate 200 years of Catholic Education in Australia.

On Monday, students, teachers, religious and education leaders gathered at 10:30am for Masses in cathedrals, churches and schools around the country to celebrate 200 years of Catholic Education in Australia.

Our Jesuit and Companion schools are a part of this legacy and continue to foster Jesuit education in the Ignatian tradition at institutions around the country. 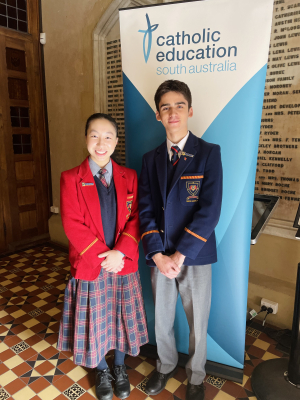 Representatives from Loyola College, Watsonia in Victoria, Saint Ignatius’ College Riverview in Sydney and Saint Ignatius’ College Adelaide, as well as Jesuit Communications and publishers of Australian Catholics magazine were amongst the many students, staff, education and religious leaders who celebrated the bicentenary milestone in Masses across Australia.

Also on Monday, St Canice’s parish celebrated this significant anniversary amongst others during their Mass on the Feast Day of Our Lady Help of Christians.

The community joined with Catholic parishes across Australia in celebrating 200 years of Catholic Education, with Jesuits around the world for the commencement of the Ignatian year and with environmental companions in praying for the care of our common home on the final day of Laudato si’ week.

Historically in the St Canice’s community, much of the educational ministry has been conducted by the Sisters of Charity. The Sisters ran St Canice’s Primary School from 1892 until it closed in 1970, as well as the local St Vincent’s College.

At this special Mass event, Sisters of Charity Jennifer, Helen and Colleen, who all taught at the school in the 1960s, returned to St Canice’s to celebrate 200 years of Catholic education in Australia 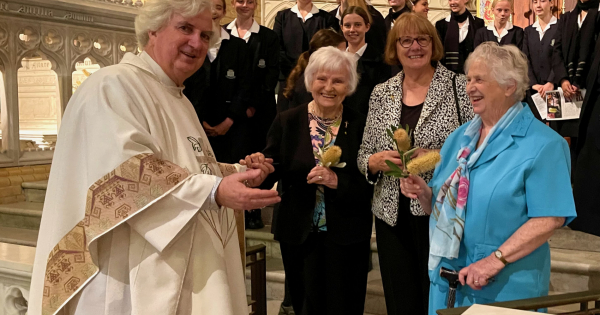 The anniversary provided an opportunity not only for their reunion, but also for them to reunite with past students of the school, some of whom are current St Canice’s parishioners. 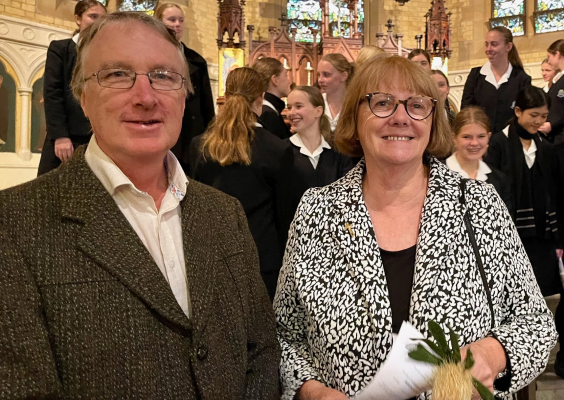 Also in attendance was a class of students from St Vincent’s Potts Point, which has been part of the St Canice’s parish since the 1890s.

“This day invites us to give thanks,” parish priest Fr Paul Fyfe SJ said during his homily.

“To look again at what type of education Catholic Australia needs. It asks us through St Ignatius to utilise humanity’s immense learning and by his spiritual method of making decisions, to better assist the marginalised of this world and to heal our mother earth.”

“The wisdom that we need today will especially treasure creation. And we ask the help of Mary our Mother, through Catholic education, to raise up leaders that will take the side of our other Mother, our Mother earth.”

Below is a video performance of ‘Faith in the Future’, the official song for 200 Years of Catholic Education in Australia, which includes students from Companion school Loyola College, Watsonia.