A call for more women in Church leadership

‘#OvercomingSilence is a crucial initiative and one that many of us feel strongly about. For the Church to be fully inclusive, the way Jesus Christ wanted it to be, women need to be at the centre of decision making alongside men.’

A global campaign is encouraging the Church to consider some concrete initiatives to ensure women have a seat at the table when it comes to making decisions that affect Catholics around the world.

Jesuit Fr General Arturo Sosa spoke at the Voices of Faith conference in Rome in 2017, noting that ‘the fullness of women’s inclusion in the Church has not yet arrived’.

‘That inclusion’, he said, ‘which would bring the gifts of resilience and collaboration even more deeply into the Church, remains stymied on many fronts.’

A number of the Australian Province’s ministries have women in leadership positions, including the delegate for social ministries and the heads of the three social ministries – Jesuit Social Services, Jesuit Mission and Jesuit Refugee Service – the directors of Jesuit College of Spirituality and Jesuit Communications, a number of board chairs and senior leaders in Jesuit and Companion schools.

However, as the theme of this year’s International Women’s Day, ‘Balance for better’, makes clear, not just the Province, but the Church and society as a whole can only benefit by opening up more leadership opportunities for women.

JRS Director Carolina Gottardo is among a number of those across the Province who have lent their voice to the campaign.

‘#OvercomingSilence is a crucial initiative and one that many of us feel strongly about. For the Church to be fully inclusive, the way Jesus Christ wanted it to be, women need to be at the centre of decision making alongside men’, she said.

‘Women’s leadership will mean a more connected, effective and real Church. A Church without women’s participation is blind to the signs of times and to the calls from many religious and lay people worldwide.’

‘Women make an important contribution to the life and decision-making of our Province social ministries, schools, parishes and centres of Ignatian spirituality’, he said.

‘Their voice, their wisdom and the life they bring are gifts, not just for us – but for the whole Church and our nation.’

Jesuits and lay companions in ministries across Australia are invited to share their messages with the campaign at overcomingsilence.com.

Below is a selection of messages from across the Australian Province (click the arrows to scroll through). 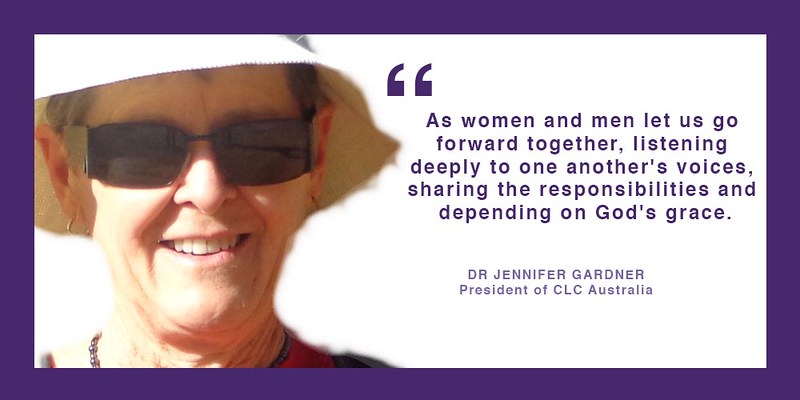