Book review: Saint Augustine on the Resurrection of Christ

In his latest book, Fr Gerald O’Collins SJ traces the richness of St Augustine’s understanding of the risen Christ with his customary thoroughness and clarity. 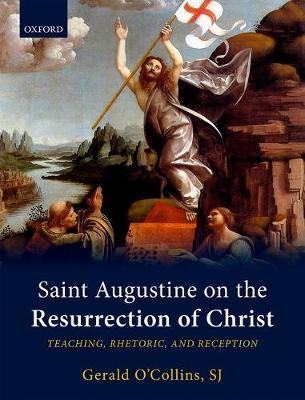 St Augustine once said as an aside that we only speak to one another to make the other person better. It is a challenging remark, not least because he assumed it is self-evident. At all events, it was true of him. Everything he wrote was for other people, sometimes to inform them, at other times to teach them and also to help them reflect on their own lives and on God’s presence and invitation there. He was interested in God’s hidden dealings with him and with the mysteries of God’s world, but he always came back to what these deep reflections might say about faithful living. He was rigorous but not systematic.

That always perplexes theological students who ask what Augustine had to say about their discipline. He always had much to say, but it came out when he is addressing particular questions. So, a diamond here and a pearl there, but how they are arranged on the necklace is not clear. And that was the challenge that Fr Gerald O’Collins faced when asking how Augustine saw Christ’s Resurrection. He scraped away at Augustine’s letters, his sermons, his tracts on grace and free will, on baptism, on the Trinity, his Confessions and his other works to uncover  the rock out of which someone other than Augustine might have carved a monument.

As we might expect Augustine had to deal with questions about the Resurrection: whether Christ really rose from the dead and what that might have been like – it was as hard for Augustine’s non-Christian contemporaries to accept  that the line from this life to the next could be two-way as it is for people of our day. Fr O’Collins devotes part of his book to Augustine’s defense of Christian faith and shows his acuity of thought.

But most of Augustine’s references to Christ’s rising are in the context of the lives of Christians in their engagement with the Risen Christ and in their hope for life after death. The richness, frequency and variety of his passing remarks dispel any suspicion that, because he never devoted a treatise to the Resurrection, it could not have been important to him. For Augustine it did not need a treatise: it was not part of the furniture in the Christian room; it was the room itself. The risen Christ was not a doctrine but a person to whom we are joined, to whom we pray, whom we meet in Scripture and who acts in Baptism and the Eucharist, and through whom God comes to us and we to God.

Fr O’Collins traces the richness of St Augustine’s understanding of the risen Christ with his customary thoroughness and clarity. He concludes by reflecting on what St Augustine might have said had he lived in our day. A brave enterprise because in the case of Augustine it so often reveals the face of the writer rather than the face of the saint. This attempt to relate Augustine’s thought to a later world, however, enables him to consider many contemporary movements of thought and controversies about the Resurrection.

This is a rich and well-conceived book that will take readers back to the writings of St Augustine with fresh interest.

The book can be purchased here.