Beside Mary at the foot of the Cross

Paul Mullins and I, independently, came up with the same gospel that we have just heard this morning. The reason was not, as Paul suggested, that great minds think alike, nor because of Pat’s well-known devotion to Mary, though that was certainly a factor. The reason was because Pat’s deepest truth was beside Mary at the foot of the Cross. He encouraged us to stay there, to let Mary take us by the hand and place us beside Jesus on the Cross.

We Jesuits caught from Pat what it is to be a Jesuit: a sinner yet called to be a companion of Jesus as Ignatius was, Ignatius, who begged Our Lady to place him with her Son, and who then saw the Father himself ask Jesus, carrying his Cross, to take this pilgrim into his company. Pat embodied this company of men that came to be known as the Society of Jesus. He understood deeply its structures were designed by Ignatius to encourage the union of hearts and minds and to set our hearts on fire in the Lord’s service. In other words, they were designed to keep us together, to keep us relational and inspire us to work together in His service. Pat loved the Society and the brethren. And we loved him. As Mick Ryan said recently to me: “I’m so lucky to be with Pat in his last days.”

Not just the brethren, Pat loved us and we loved him and caught from him what it means to be a companion of Jesus: to engage under the standard of the Cross in the struggle for faith that includes justice.

What did it mean for Pat to accompany Jesus carrying his Cross? It meant leaving the order and security of Canisius College and turning up every Saturday morning to St Canice’s kitchen and just being there, exposed, without comprehension, without judgment, out of his comfort zone.

These street people, as one writer said, “who live out in dreadful, literal detail, the poverty we would rather conceal from God and from ourselves.”

Pat knew that unless he went outside the city gates, where Jesus is still carrying his cross, he would have no other experience to bring to the more enclosed and secure world he lived in. Phil Crotty, his good friend, once said to me that unless the Jesuits in India have had what Phil called ‘the village experience’ they had nothing distinctive to bring to their work with the privileged. When Pat was at Campion keeping a fatherly eye on us Jesuit students, Jesus carrying his cross took a detour and came to live in our community: Jimmy Hogan, Johnny Kernocski, Robin Madden, Greg Walsh come to mind. They were homeless, sick, mentally ill. They became our friends, our educators in the ways of faith. Faith and justice, seamless.

The spirit of Pedro Arrupe lived in Pat, the spirit of Vatican 2. Before Vatican 2, he said, the Jesuits marched in lockstep. Arrupe came and told us to break ranks. And we did. As Provincial, Pat was open to initiatives to live alongside the homeless, to rent in poorer suburbs, to accompany our indigenous people. He encouraged individually guided retreats. He helped us move into situations we were not used to; he broke down the barriers between lay and religious. Ignatius, he said, was a layman when he wrote the Exercises.

He continued to have ‘the village experience’: he went to Corpus Christi, Greenvale, on Saturdays and sat with the alcoholic men. He knew it wasn’t about doing things for them, it was to be with them, as it was for Mary to be beside the cross of Jesus. Later, he was drawn to Jesuit Refugee Service and Africa. All the while, he was there for us. He had unlimited space to receive us. His love helped us believe in ourselves, his understanding helped us claim our true selves, his affirmation kept us going when we were under attack or out of favour or overwhelmed. He was a man of God. 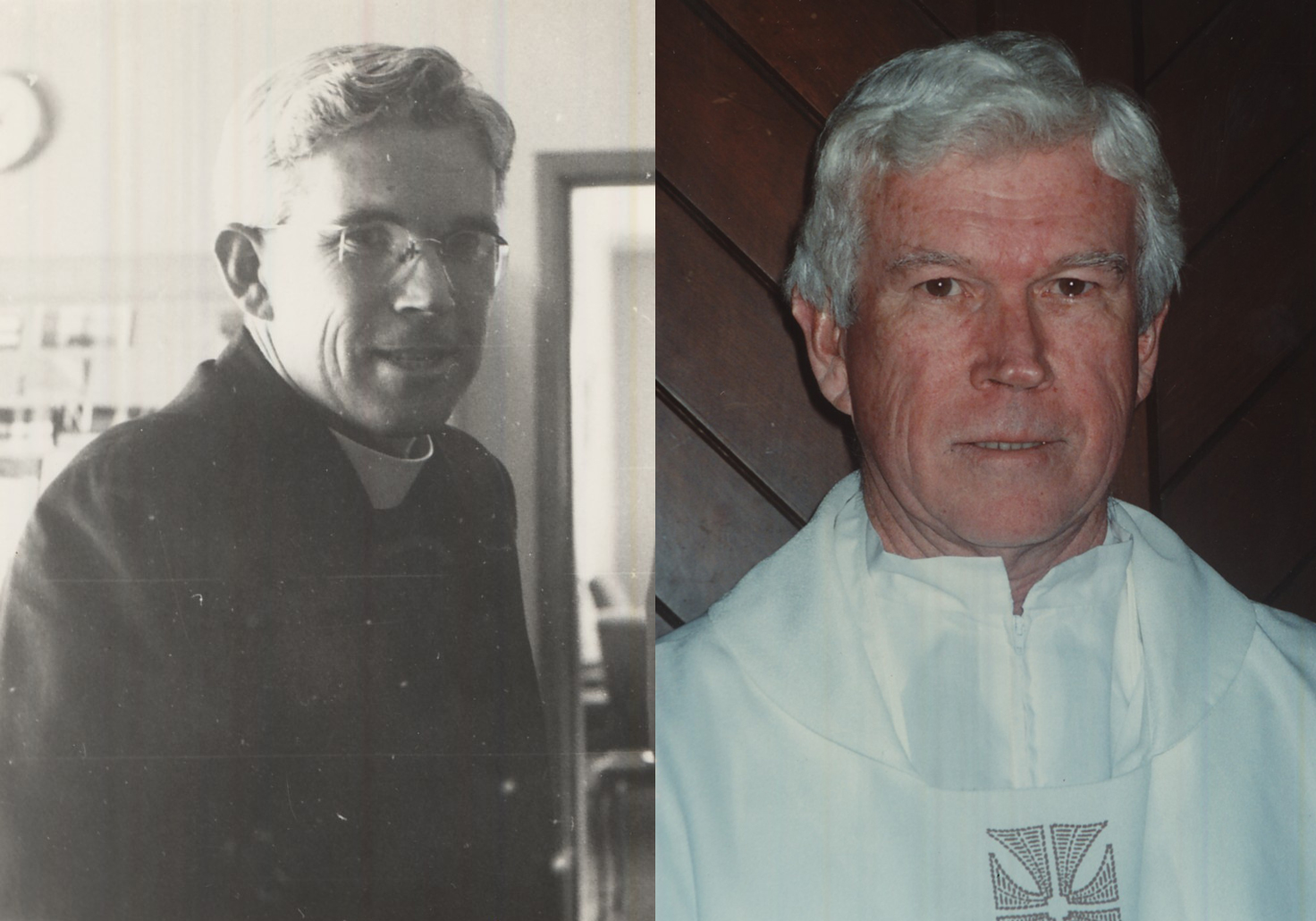 Pat was old school, loyal to a fault: “Keep your word, old man,” his father once said to him, and Pat was a man of his word. We all knew there was no going back for Pat, no taking his hand off the plough. Ignatius, writing to Sister Teresa Rejadell in 1536 – she was being tempted by the evil spirit – encourages her not just to say she desires to serve our Lord, but to make “a forthright and courageous declaration that you are His follower and that you would rather die than fall away from His service.” Old school chivalry and Pat had it from childhood.

He would often greet me with the question: “How is your prayer life?” — a variation on Phil Crotty, who used to somewhat annoy me in the mornings with the greeting: “Are you happy in your vocation?” I once told Pat that my fellow novice — he now goes by the name Kamalesh — told me he only learnt to pray after leaving the noviceship and joining the Rajneesh movement. I thought that was sad, given he was two years in the noviceship. “Who does he pray to?” Pat asked.

Pat didn’t have answers. Life was a mystery, not a problem. What mattered was keeping the relationship with Jesus. Every experience, the difficult ones especially, was put through the lens of Jesus on the Cross and he invited us to understand our lives in the same way. He taught us to discern, to identify the enemy of our human nature and find the hope and joy of the Spirit. He taught us to think with the Church, to give due weight to Church statements. He understood that freedom was a precondition for any relationship with Jesus and the Church. His doctoral thesis upheld freedom against those who say our lives are determined by our circumstances. We can have a good reason for what we do; we cannot have a good cause.

He didn’t airbrush experience. ‘The facts are friendly’ was a trademark saying. In the end he found himself not so much beside but on the Cross with Jesus. He spoke about death as the final ‘yes’ in the face of ultimate mystery, when everything is stripped away, when I am out of my depth and have no words, faced with the incomprehensible, with nothing to hold onto. Pat’s only word in prayer at the end was ‘Father’ and ‘Show me what to do’.

I read recently that subjectivity emerges from the dense web of relationships that surround us. We are shaped by one another. Pat has certainly shaped who I am, as he has each of us here in different ways. Not in his own image, but in the image of the Son whom he loved. For that we are grateful.

Just before Pat died, he sent me a letter of thanks for visiting him – old school – and enclosed the following prayer. It may not be everyone’s cup of tea; Pat was given to a certain piety. It was a prayer he said after celebrating Mass in the Campion chapel. It is a Post-Communion prayer, a variation of the Anima Christi found in the Spiritual Exercises of St Ignatius:

Jesus – best friend,
May your soul give life to me,
May your flesh be food for me,
May you warm my hardened heart.

Jesus – best friend,
May your tears now wash me clean,
May your passion keep me strong,
May you listen to my plea.

Jesus – best friend,
May your wound take in my hurts,
May your gaze be fixed on me,
May I not betray your love.

Jesus – best friend,
May you call me at death’s door,
May you hold me close to you,
May you place me with God’s saints,
May I ever sing your praise. Amen.

We have no other boast than the name of Jesus, the Lord. 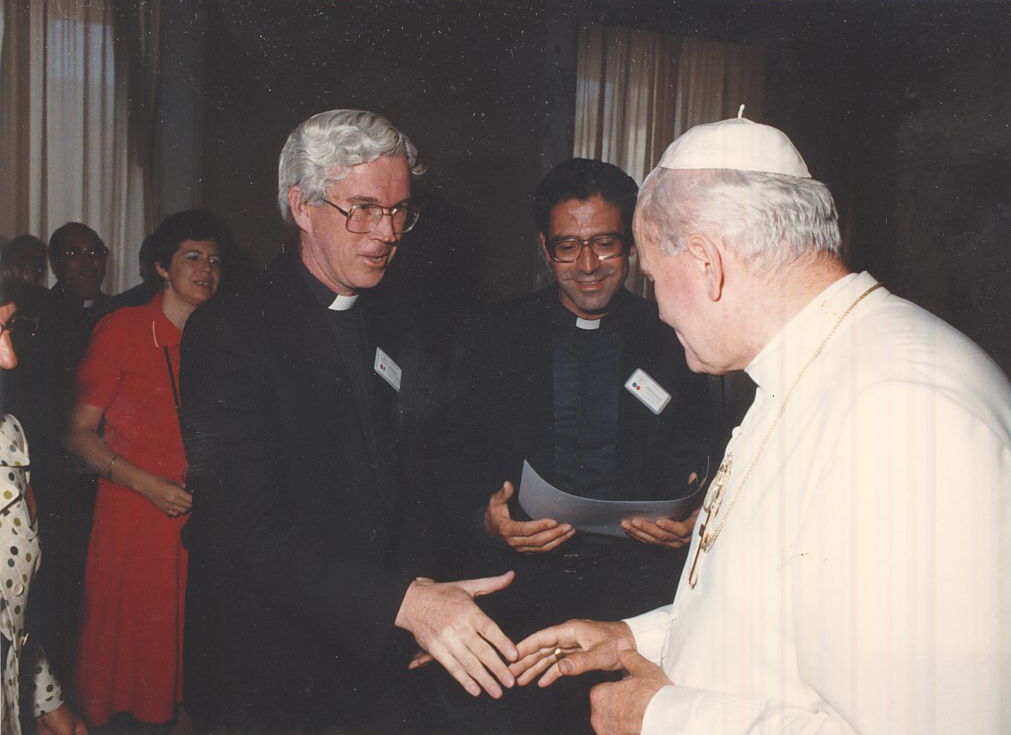