Tony Ryan would have heard those words with which the risen Lord sent the Church on mission on the occasion in 1962 when, here in this church, he received his mission cross before leaving for India. Those occasions, the Mission “Send-offs”, as they were known, did not involve Mass but a ceremony that concluded with a stirring musical setting of those mission words composed by John Harte, present here with us today. We sang it from the choir loft up there!

So Tony left Australia with these words ringing in his ears. Of course, mission in those days was understood differently from the way we conceive it now. It had the sense of bringing the faith to another nation and culture, with less sense of dialogue and learning from the culture already established there. I presume Tony chose to leave the diocesan seminary in Christchurch and join the Jesuits because he had felt the call to be a missionary in that traditional sense. Like Jeremiah, he felt himself called to be a prophet to the nations.

Whether, like Jeremiah, he went on to protest to the Lord that he was only a boy and did not know how to speak, we don’t know. But languages were never Tony’s forte. In the noviceship at that time it was customary to speak Latin outside times of recreation—a form of Latin, I would add, that, for the most part, would have made Cicero blush. Tony appeared to believe that all English words could be rendered into Latin simply by appending to them the Latin dative plural -ibus. Thus, as prefect of manual works, he would give such instructions as: “Go down to the gardenibus and dig in the potatoeibus patchibus”. Well, the instruction was clear enough and had the practical effect intended—and Tony, throughout his life, was never one for letting petty rules get in the way of the work that had to be done.

In those days of large entries of novices, it was customary to appoint a second-year novice as an “angelus”, a guardian angel, to look after a particular newcomer. Our novice master, Ned Riordan, in his inscrutable wisdom, provided for Tony in this regard by appointing me.

Two characters less alike could hardly be imagined. I was already a bit of an academic, and an academic Tony was not. But that didn’t mean he wasn’t smart—as his later ministry was to demonstrate abundantly. While his gift for finance may have been inherited from his accountant father, his later competence in computer programming was entirely self-taught. 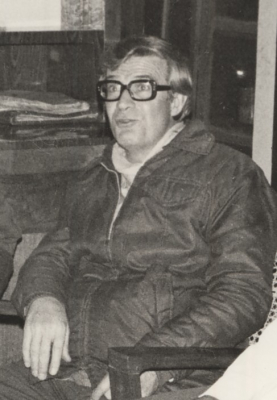 There is no need for me to repeat the account of Tony’s contribution in the area of finance and practical administration that Helen Forde, as CEO of Jesuit Mission, has already so well provided. Allow me to add just one instance that I personally saw at first hand. Returning to Australia in early 1977 from studies overseas, I spent a couple of weeks in the Hazaribag mission, as it then was. One evening I was taken to Chandwa to witness the continued roll out all night of great trucks loaded with wheat for the relief of famine—the entire distribution being masterminded by one Tony Ryan.

Tony undoubtedly had a gift for administration. Perhaps we don’t immediately think of such a gift as a gift of the Spirit. But, in a way that should bring some comfort to leaders and administrators who spend so much time sitting at desks behind computer screens, St Paul, as we heard in the Second Reading, obviously did. He lists in order those gifted by the Spirit for the building up of the Body of Christ as: “first apostles, prophets, teachers, workers of miracles, then gifts of healing, helping, and guidance”. The translation of the last two as “helping” and “guidance” is rather vague and weak. To be a bit technical about it for a moment, behind the translation “helping” lies the sense not so much of handing out relief as of building up and equipping people to find their own way, which is what Tony did all over the region. And the word “guidance” translates a Greek word that gives us our term “governance” and embraces all aspects of leadership and administration. St Paul saw these as no less gifts of the Spirit than the more strictly religious gifts such as prophecy, preaching, and speaking in tongues. In his long ministry in these areas Tony was indeed the instrument of the Spirit, building up Christ’s Body not simply in the ecclesial sense but in the wounded humanity of the region as a whole.

After these labours in India, Tony’s last three years were spent back here in Melbourne, battling with no less than three major health problems, about which he never complained. Those who lived with him at Campion describe him as “indomitable”, a description that suggests “untamed”, unable to be subdued or confined to home. Certainly, he ranged far and wide in his scooter, which he dubbed “Melchizedek”.

The connection in his mind between this vehicle and the ancient King of Jerusalem remains a mystery Tony has taken to his grave. It may have something to do with the interest in biblical studies that became the passion of his final years. Besides resources on the internet—some admittedly a bit way out—he asked me for copies of my books in Word format. Using his computer skills, he could convert the texts from black on white to white on black, so that, with his failing eyesight, he could read them. The study of philosophy and theology had not particularly grabbed Tony during his years in formation; the questions they dealt with were not ones he was asking. It was only after a lifetime of mission in India that he could formulate and share with the community the really big questions he was asking and putting to our faith.

So today Tony has returned in body to the church from which he was missioned sixty years ago as a strong young man of twenty-two. In between lie those decades of Jesuit missionary life so fruitfully fulfilled. We can be sure the carpenter of Nazareth who became our Saviour has welcomed him as one of his own. 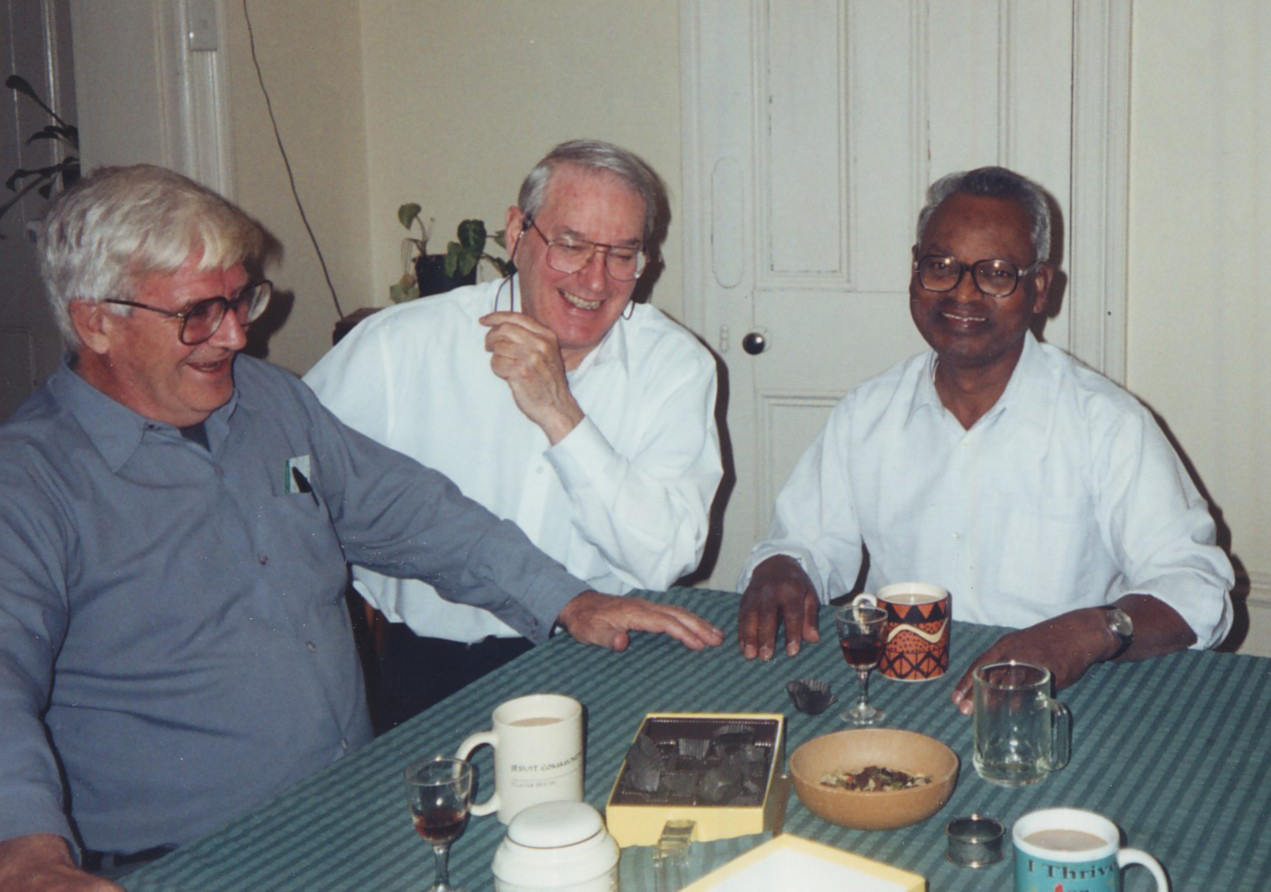