The Polish community in Melbourne gathered in celebration and thanksgiving on Sunday 8 March to commemorate the 150th anniversary of the arrival of the country’s first Polish chaplain, Fr Leon Rogalski.

The Polish community in Melbourne gathered in celebration and thanksgiving on Sunday 8 March to commemorate the 150th anniversary of the arrival of the country’s first Polish chaplain, Fr Leon Rogalski SJ.

Australian Provincial Fr Brian McCoy presided over Mass at St Ignatius’ Church in Richmond. In his homily, Fr McCoy spoke of the enormous undertaking that Fr Rogalski embarked on in accepting his mission to Australia.

‘In this modern time of air travel, it can be hard to imagine the generosity of Rogalski’, said Fr McCoy. ‘He was being asked, like Abraham, to leave his country, his kindred and his father’s house. To go somewhere new and foreign at the far end of the world. A journey so far away that it was most unlikely that he would ever return home.’

‘May we be encouraged by the example of Leon Rogalski, that the faith, generosity and love that he brought to this land 150 years ago may continue to bear fruit.’

Fr McCoy was joined at the Mass by Andrzej Pawel Bies SJ representing the Polish Jesuits, Fr Tony (Wieslaw) Slowik SJ and other members of the Polish Jesuit community in Australia, as well as other Australian Jesuits.

Mass was followed by refreshments in the parish hall. A new biography by Fr Pawel Bies SJ, depicting the life and work of Fr Rogalski SJ, was available for sale, as well as a commemorative Fr Leon Rogalski Sevenhill Cellars Shiraz.

The anniversary celebrations will continue on the weekend of 21 and 22 March at Polish Hill and Sevenhill in South Australia. 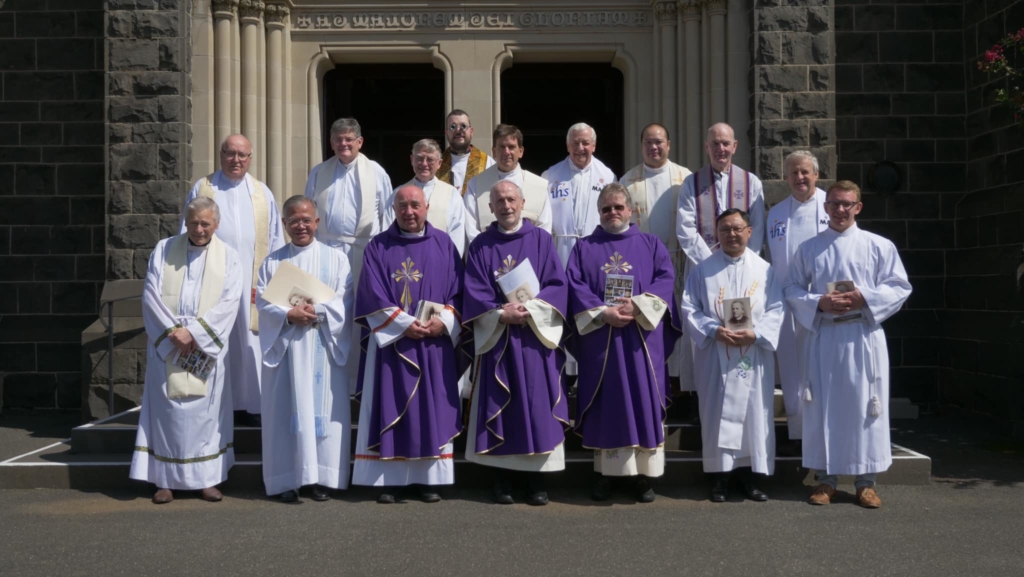