A Remarkable Experience of Church

Bishop Greg O'Kelly SJ reflects on the Second Assembly of the Plenary Council of the Catholic Church in Australia that took place in July.

For those participating, including four Jesuits, it was a remarkable experience of Church, a Church prompted by the Spirit to show its willingness to diversify in response to need. The massive challenges to Church identity and mission in Australia were obviously not dispelled simply because of a five-day meeting and are still there to confront us. Our responses were occasionally more like tweaks, but at other times they were highly significant, indicating a willingness to move on and adapt and confront our needs. It was a Plenary Council that gave much heart.

Father Provincial was present as the head of a Religious Order. Fathers Brendan Byrne and Frank Brennan were numbered among the body of experts assembled to assist the Council with their expertise. Bishop Greg O’Kelly was one of the Member Bishops.

The last Plenary Council took place 80 years ago, before the Second World War. There were 84 present, 31 bishops and 53 other clerics. Not one woman; not a lay man! How times can change! Since then, Canon Law made provision for a certain proportion of laity, and the Australian Bishops, conscious of the need to reflect the reality of the Church, took that further, petitioning the Holy See successfully for an increase in lay (non-Religious) numbers, so that a third of the members were lay women and men, some 37 men and 66 women. Their presence was obvious and their voices clear.

The initiative for a Plenary Council came from Archbishop Philip Wilson of Adelaide. There was a preliminary Year of Grace, and later four years of preparation, in which 200,000 Catholics were involved in 17,000 discussion groups around the nation. This massive preparation resulted in 35 Motions being placed before the Council of 277 participants. It was an effort to hear and listen to what God, not simply ourselves, is asking of the Church here today.

Motions were passed in areas such as reconciliation with the First Australians, social justice programmes, pastoral care of the survivors of abuse, liturgy and prayer and the Third Rite, the role of lay women and men in ministry (including female diaconate) and governance, formation for missionary discipleship, adoption of programmes inspired by Laudato Si’.

Part of the positive dynamic of the Council were the round tables! The same groups sat together throughout the time. The sense of community deepened. At my table there was another bishop, three lay women and one lay man (two of these young), and three priests, all coming from eight dioceses in four States, all rubbing shoulders, speaking and acting with informality, first names, very Australian. An observer from overseas said it would never have happened in the US or Britain! 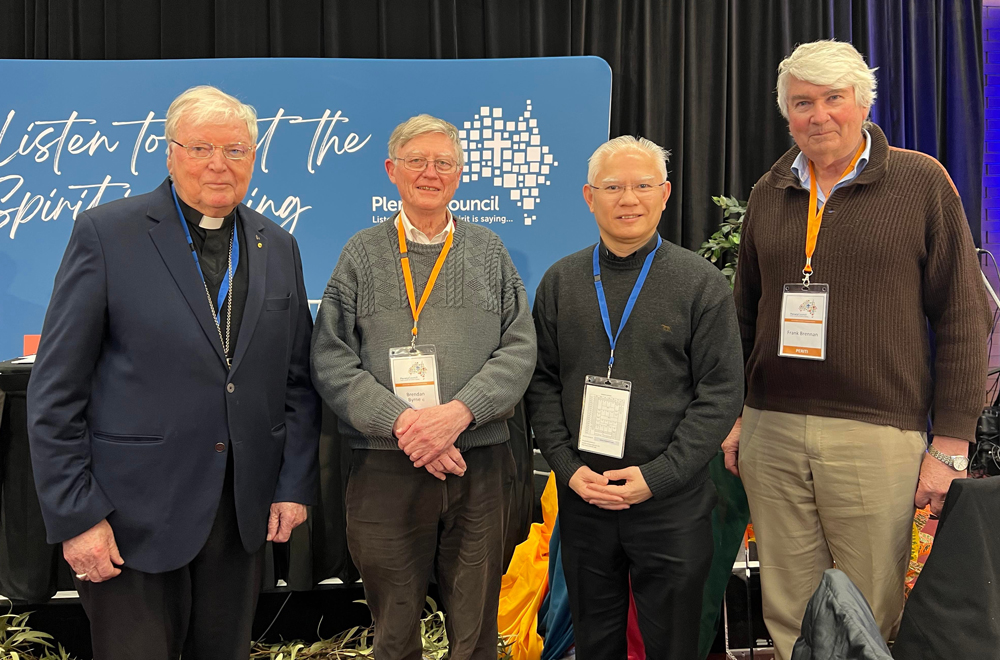 When first put, the Motion on the equal dignity of women failed to reach a two-thirds majority. In all parties present there was shock and bewilderment, and even tears. How could such a result happen? The response was immediate. About 60 women, and some men, withdrew from the tables, and the bishops came together in puzzlement. It was a defining moment for the Council.

The Holy Spirit leads through gentleness, patience, quietness, but can also knock us off our horse on the road to Damascus!

A sign of the Holy Spirit – there was no rancour, no one walked out, the protest was one of respectful silence, various groups met to discuss the matters further, the gathering resumed when invited to do so, polarisation was avoided, the atmosphere lifted as these responses were acknowledged, and the renewed vote was carried with 43 bishops saying yes to examining “how best to implement” the motion, including diaconate, should Rome authorise it.

The Council adopted a programme to check on the implementation of the Motions, so now we wait for what is finally the Pope’s approval, which converts the Motions into being Decrees of the Council.

This Council was a Spirit-event for the Church in Australia; it is now up to us to turn words into actions, ideals into practice at all levels. The lengthily sustained applause at the conclusion said much about new heart being given to the saints. A new course of much good has been set in some key areas. We thank God and must now live what we resolved.  Come, Holy Spirit.