A reflection on my ordination, held during a pandemic

"The Lord does not disappoint, and the Lord continues to give life, even when a pandemic gets in the way."

After Melbourne’s ‘hard’ lockdown eased, and following three ordination attempts quashed by varying restrictions, I was finally ordained as a priest on 14th November 2020.

The date of my ordination fell on the Feast Day of St Joseph Pignatelli SJ, a man who shepherded the Jesuits during the order’s suppression in the 18th Century. Tragically, he died in 1811, three years before the full restoration of the Society of Jesus. 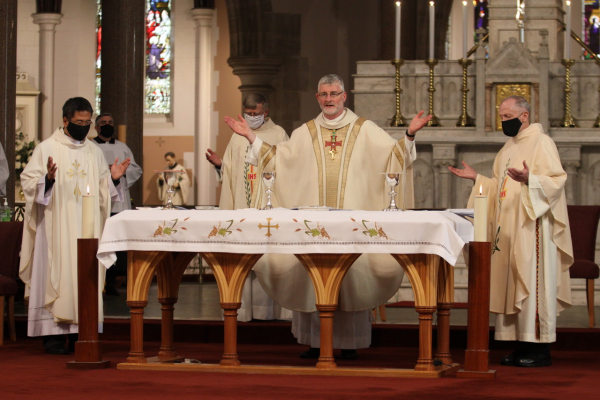 I feel that this current pandemic could be analogous, to a certain degree, to the suppression of the Jesuit order. Particularly during the ‘hard’ lockdown in Melbourne, our ability to conduct ministry normally and freely was severely restricted, despite the great sacramental and pastoral needs of the people of God.

Friends, Jesuits and others have subsequently commented that it was such a pity that only 20-odd people could physically attend my ordination ceremony, which would normally have been an event for hundreds of people. However, outside the church building and across state and national borders, hundreds of people, among them my mother and my father who could not come to Australia due to the border restrictions, joined us through live-streamed video. Whilst their presence would have been lovely and important, the COVID-19 reality did not permit their attendance. 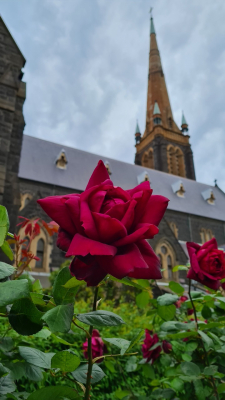 ‘A rose in the gloom’ – I took this photo during the hard lockdown that captured my experience of the pandemic. Beauty could still appear and flourish even in the midst of a gloomy and bleak situation. God’s grace is enough to sustain.

The ordination ceremony itself was very special to me. It was probably somewhat of a sombre occasion for a large church such as St Ignatius’, but it was also solemn and graceful. The music, the rituals, the homily and other addresses touched my heart deeply. The care and love that everyone put in the ceremony was felt, not only by me, but also those watching online. My initial feelings of sadness were quickly replaced by feelings of gratitude, humility and inner joy. 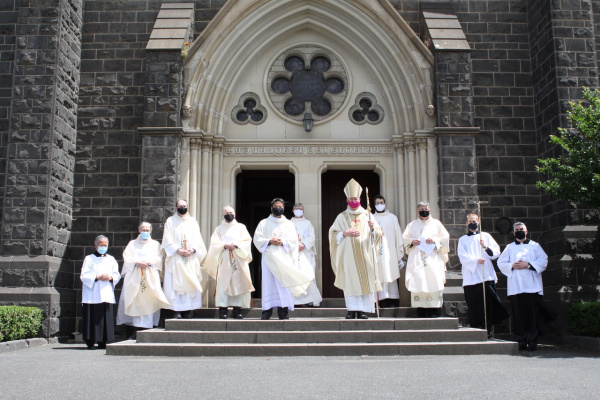 Best of all, the ordination opened up many opportunities for me to participate in the Lord’s work through the Church sacraments. The ordination ceremony was a moment of immense grace, and its indelible effects have initiated a flow of many more graces.

This life of ministry is the one that I had been looking forward to throughout my years of formation. This life of priestly ministry has its challenges, but it has not disappointed so far. Instead, it has been life-giving.

The Lord does not disappoint, and the Lord continues to give life, even when a pandemic gets in the way.